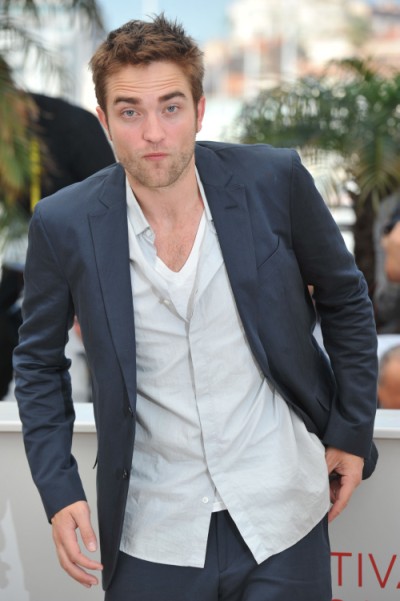 In more rounds of interviews, Robert Pattinson continues his verbal assault against the movies that made him an international sex symbol and star.

The broody actor told ShortList magazine that his run with the Twilight franchise dried up his creative well. “Playing the same part for a while, you just run out of ideas. You feel kind of useless, you don’t know what to do anymore. I’m not trying to get away from it. You’re screwing yourself, you’re saying you think your work is s**t if you try and get away from it. And I never thought it was [s**t]. But I kind of got to the end of my inspiration. You get to the point where you’re like, ‘I don’t want to do a film for a teen audience anymore’.”

I’d like to hear what Professor Snape, Alan Rickman, has to say about Rob’s comments. Or Indiana Jones himself, Harrison Ford. Or Jason Bourne’s Matt Damon. Or even Hannibal Lecter’s Anthony Hopkins. What did all these men have that Rob doesn’t? Respectable franchises, good writing, the ability to not talk shit about their movies, AND the talent to find inspiration and create eternal characters. Sure, Rob drew the short stick with Twilight’s crappy writing. But damnit Rob! As fun as it is from a gossip standpoint, we don’t need the star of the film telling us that at every turn!

He’s not really saying the movies are shit-tastic here but he sort of is, right? The English have made backhanded compliments an art. I understand Rob’s trying to break away from Sparkles the Vegetarian Vampire but he needs to realize he has one last Twilight film to promote. Doesn’t he understand that every reporter and their grandma are going to ask him about all these quotes when he starts the Twilight tour? Is he just as really, really, really good looking at Derek Zoolander but just as stupid?

It’s totally OK for him to want to move on from Twilight and do more adult movies. I’m just saying… be a little more grateful. Rob talking about the less than Francis Ford Coppola material in the Twilight movies is like Michael Lohan telling us Lindsay Lohan was hooked on prescription pills during her SNL performance. No shit Sherlock! It goes without saying!

Wait for the final interview on the final movie before you start throwing out your opinions like they’re going out of style. Because let me list some other names for you: Hayden Christensen, Mark Hamil, Jason Biggs, and Brandon Routh. Those dudes were all considered the next big thing and helmed big budget franchises and you don’t hear too much from them anymore.