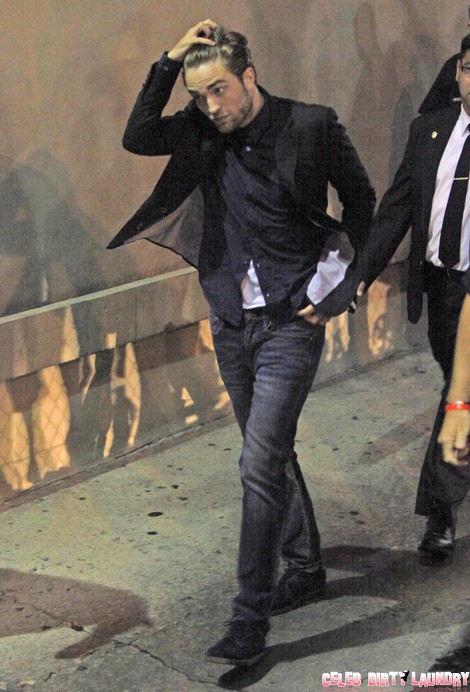 Twilight is ending soon. Yes, do you also hear the sound of a million Twi-hards sobbing in their popcorn? After the release of Breaking Dawn – Part 2, millions of fans will be going into detoxification mode and the world is preparing for the worst. This will be an unparalleled global consciousness.

According to a latest interview in Diario De Mexico, Robert Pattinson has revealed that a Twilight TV series spin-off will happen soon. He says, “I’m sure they’ll have a ‘Twilight’ TV series spinoff soon. They’ll do it again.” Will there be a spin-off from the worst film trilogy in human history? Dude, not even Genghis Khan would approve of this and he was like the campest meanie ever!

Kristen Stewart destroyed her career with her little indiscretion, so K-Stew might end up knee deep in a CW version of Twilight filled with Blake Lively wannabes and the Gossip Girl cast. We imagine it to go something like this, “Previously on Twilight: The Gossip Girl Years – A vampire viciously attacked another vampire and a wolf wore something sexy over his fur pelt. There’s no stopping the mean Georgina, because she has been sucking the blood from juniors at school and playing with her hair under a Christmas tree. That’s all the scandal for now. XOXO. You know you love me!” Could you possibly imagine something worse? It would be like watching warts grow.

Rob was asked whether he will be reprising his famous role in the television show, to which he answered, “Who knows? The only thing that creates a little bit of a problem is that I’m supposed to be 17 forever. I’m not sure I can be 17 forever.”

Do you also hear the crying of creepy people (and Bruce Jenner) in purgatory? Imagine this – You are publicly humiliated by your girlfriend. You do everything in your power to get away from the horror, but eventually end up playing the same character for the rest of your life, with your cheating ex-girlfriend co-starring alongside you. People settle down now, because not even Mr. Ghenghis Khan would invent something so sinister and diabolical.

Would you watch a Twilight television show? We know we won’t – we have Honey Boo Boo and American Idol shenanigans waiting for us.