Kristen Stewart Is ‘Most Hated Woman In Hollywood’, Fears Films Will Be Boycotted 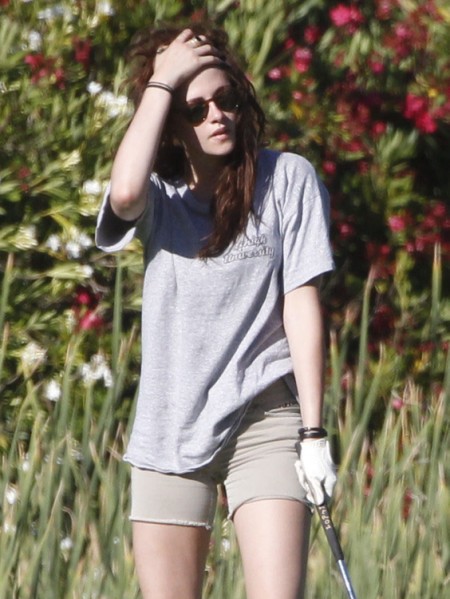 The hits and the hate just keep coming for Kristen Stewart. Ever since pics of the young actress making out with her Snow White and the Huntsman director hit the news stands, her once picture perfect career has turned into a cautionary tale. And with ambitious, non-Twilight, projects like On the Road and Cali hitting theaters, Hollywood insiders are worried that her career may not rebound from stabbing Tinsel Town’s most lovable vampire in the heart.

“Kristen’s the most hated woman in Hollywood,” an insider told The Mirror. “Female moviegoers have been looking for a reason not to like her and now they have it. Lots of Rob’s huge army of female fans will boycott her films. It’s going to be a long road for her to come back, professionally as well as personally.”

That’s seems a bit unfair, don’t you think? She made a sh-t decision but it’s not like she deleted the cure for cancer. A 22-year-old girl cheated on her boyfriend. She’s not the first and she’ll not be the last to do it. Emotions are running high right now and people need to calm down and let this blow over. Kristen does still have some loyal fans. Kristen’s Welcome to the Rileys director, Giovanni Agnelli, is coming to her defense. He took to twitter to bash the rumors that Kristen and Rupert Sanders actually had sex. “The spin that keeps growing on this story is staggering. There was NO on-set affair. Stop printing LIES,” he wrote. Giovanni also insisted Kristen is taking solace in her growing army of (rather naive) believers. “Please don’t ask how or where she is, or what she thought. Just know this: She saw the twitition, and the support video tonight. Thank you.”

The American public has a notoriously short memory so I really don’t see how this can affect Kristen long-term. She’s a talented young actress and people want to work with her – maybe not Charlize Theron – but some other people. Even Angelina Jolie works and she stole Brad Pitt away from America’s Sweetheart, Jennifer Aniston. The major difference in that situation was that Angelina had Brad. As a beautiful couple they were able to spin public opinion and focus on their love story, not the fact that Angelina was a husband stealer. Despite the Twitition, Kristen’s very alone right now. Until people a hell of a lot more newsworthy than Giovanni or Brandi Glanville stand behind her she just needs to keep her head down and keep moving. And they will come. They’re just waiting for the scarlet letter on her chest to dull down a bit, but they will come, and all this will go the way of Divine Brown. Who? Exactly.

Do you believe Kristen’s career is over and Rob Pattinson’s fans have that much pull to boycott her films or do you think the hate will wash away sooner or later?