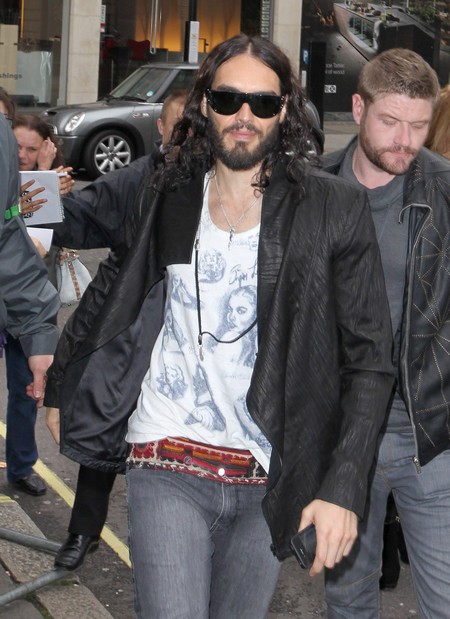 Russell Brand was recently asked if he was forced to kiss another man, other than co-star Alec Baldwin in “Rock of Ages”, who would that be; Russell choose none other than Justin Bieber.  Katy Perry ‘kissed a girl and liked it’ now it’s Russell’s turn to ‘kiss Justin Bieber and like it.’

Here’s what Russell said to Cosmopolitan, “Umm… I don’t know who I’d like to kiss. I like them men that are more like girls. Like one of them really pretty ones. So if I’ve got to kiss a man, give me a hermaphrodite or someone who’s dressed as a woman, like a transgender person or transsexual person. Or you know, a pretty man like Justine Bieber.”

What is up with Russell, first he is begging Kim Kardashian and Kanye West to do a sex tape together, now he wants to kiss Justin Beiber on the mouth, makes me kind of wonder what the heck is going on with this guys’ sex life since Katy Perry dumped him. Buddy must be hurting real bad!

Seriously though, Russell made it very clear in the interview he really did not want to kiss any man.  Although, he did say he found Tom Cruise magnificent!

On another note, if I were Justin Bieber and some guy thought I was a “pretty man”, I would seriously consider to “man up” and hit the gym!