Ryan Seacrest Has A Crush On One Direction (Video) 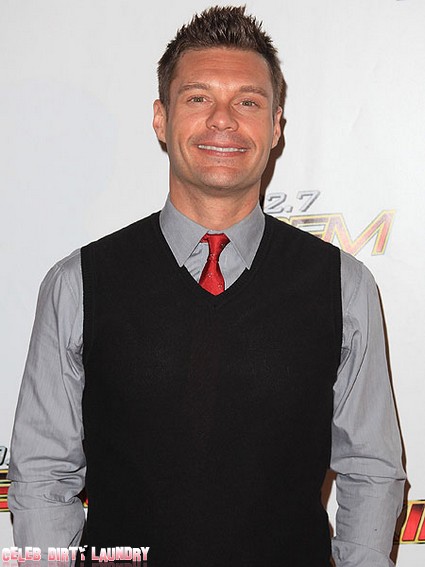 American Idol host, Ryan Seacrest has a crush on One Direction and hopefully it is platonic.  Although the way his girlfriend, Julianne Hough, is crushing on Phillip Phillips perhaps Ryan is having second thoughts.

Ryan admitted on Twitter that one of his guilty pleasures is listening to the boy band One Direction’s song ‘What Makes You Beautiful,’ tweeting, “What’s your biggest #cantnot? I #cantnot sing along to 1D what makes u beautiful…even with windows down in car.”

Even followers of Ryan started tweeting about their love for the band and how they love singing to it too, one fan tweeted, “@RyanSeacresthahaha you’re so funny cute. I love that song by 1D and I can sing along that song so easy even when windows up in car lol B.”

As the host of one of the most popular talent shows, Ryan supports the possibilities of having One Direction as a possible future acts on the show. Ryan has also signed a $30 million dollar contract to host the American Idol for another year, so maybe next year he’ll have One Direction guest star on the show, if they make it that long in the industry.

Sometime I even consider listening to maybe one of their songs, but I always forget since I have just started a game of League of Legends. So I don’t think there will be any chance of me even joining the bandwagon of this little phase, because I still don’t think their popularity is going to last that long.

Even though I live under a rock and haven’t listened to any of the bands songs before, it is amazing how they’ve become so famous worldwide.  Could it be that the star-maker machinery is working that hard?  Maybe we should ask Joni Mitchell?