BY Newsbylisa on May 6, 2012 | Comments: one comment
Related : Linda Evangelista, Salma Hayek 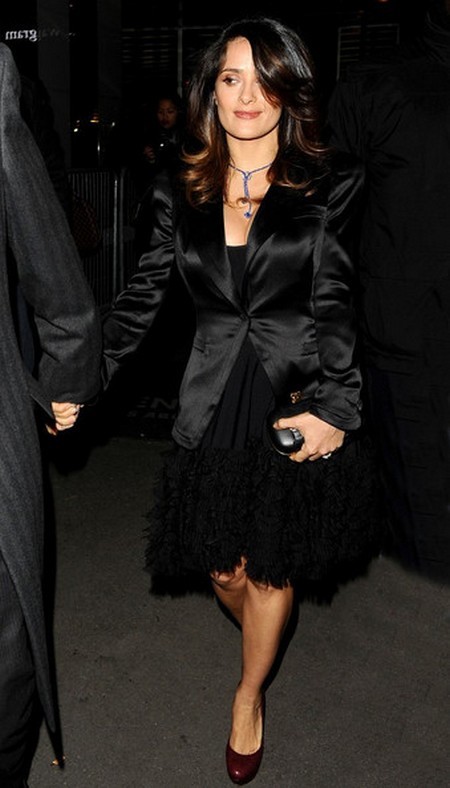 Back to court we go chicas. This time in court we have ex-super model Linda Evangelista vs Francois-Henri Pinault a billionaire business mogul and husband to actress Salma Hayek in a child support case.  The child in question is their 5 year old son Augustin.  In January 2007 Mr. Pinault took a DNA test which showed that he is the father to Augustin, however Ms. Salma was having a difficult pregnancy with their daughter Valentina, who is 4 years old at present.

He asked Ms. Linda to keep all of this quiet until after Salma had her baby because he did not want to upset her and possibly lose the baby, to which she agreed.  Now November 2007 Mr. Pinault says that he sent a child support offer to Ms. Linda to which he got no answer so he figured she didn’t need it.

Mr. Pinault bought a house in Los Angles for his daughter, Valentina, for around $12 million dollars.  This was around the time that he and Ms. Salma were having marital difficulties.  The house is in trust for Valentina, this was a gesture to show Ms. Salma that he was serious about their relationship.

Ms. Linda is not looking for the same for her son she just wants him to pay a reasonable amount in child support for their son, which I totally get.

This whole case seems like a bunch of misunderstandings.  Neither of them seem angry or resentful toward one another at all.  I think this case will be settled quietly with very little drama.  Big sigh!!!  Finally some adults that know how to act.