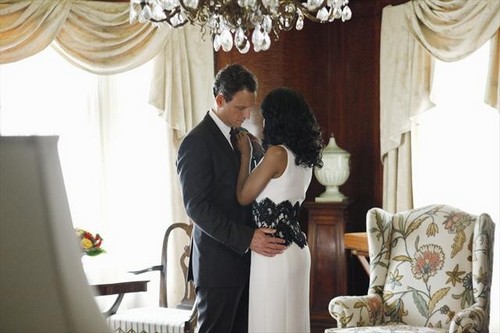 Tonight on ABC is a whole new episode of Scandal called “Happy Birthday, Mr. President.” On tonight’s show a catastrophic event threatens to change everything. We watched it and we recapped it here for you!

On last week’s show Harrison led the team in managing a billionaire businessman who seems to have lost his sanity; meanwhile, Olivia and the White House prepared to celebrate the President’s 50th birthday, as James continued to investigate Cytron and discovered something that could change the fate of the country.

On tonight’s show national tragedy forces Olivia to return to work at the White House. Meanwhile, we learn more about the first few days of Fitz’s presidency.

Tonight’s episode looks like it is going to be a great episode and you won’t want to miss it, so be sure to tune in for our live coverage of ABC’s “Scandal” Season 2 episode 8 at 10 PM EST!  While you wait for the recap, check out a few pictures and a sneak peek video from tonight’s episode below!

Tonight’s Recap: Oh my hell. Tonight we pick up exactly where we left off last week, with President Fitz being gunned down outside of his birthday bash. We flash to him in the hospital, looking through Olivia’s eyes as things move in slow motion and sounds are intensified. Someone keeps yelling, “Mr. President you may not die!” as Olivia walks in circles in her party dress, flashing back to her days with Fitz when he was first inaugurated. Mellie is screaming about her husband, putting on an overly emotional show while Liv looks absolutely gutted by Fitz being shot. The flashbacks show the absolute heat between Liv and Fitz and leave no doubt that they belong together.

Part of this episode gives you the feeling that you’re watching actual breaking news about the president being shot. We flip between news reporting and behind the scenes with Olivia. When the vice President makes a public speech without warning anyone and the White House staff goes crazy. She insists that the country needs leadership because the president has a bullet in his head. Olivia is back on the job holding down the fort and helping the staff navigate through this crisis.

As Olivia speaks to the press her associates seem to be questioning the timing and motives of the Vice president. Her appearance on the White House lawn was more than a little coincidental. In the flashbacks the writers are slowly putting pieces of the puzzle together for us. We see Olivia visiting the facility where she got Huck from. We already know he is a government spy but in this flashback he looks like a hippie on a handful of drugs. Some of these scenes are crushing as they are telling the story backwards. We see Fitz telling Liv how much he belongs to her and wants to leave the White House behind to just live an honest life with her. This is why her interactions now are so difficult. She feels the same way but it just can’t happen.

Olivia realizes that the American people need to see the first lady because rumors are spreading that she and the baby are wounded. She goes and talks to Mellie and lets her know that the VP is knocking on the Presidents office door and she needs to step in to push the woman back. Mellie calmly tells her she needs something to wear. Olivia goes into the presidential closet and while going through Fitz’s clothes finally crumbles.

Oh boy. In a flashback we learn that Hollis is responsible for the fire at the Centron plant that took 7 lives. That’s why Olivia always feels responsible for helping Quinn. She was the lone survivor. Olivia is also confronted by Mellie over her affair with Fitz without it being mentioned in full. She just lets her know that she knows. That talk is what prompted Olivia to resign her White House post.

Fitz made it through surgery but the prognosis is up in the air as Madame Vice President is sworn in. The last flashback is of Huck firing those shots at the president.