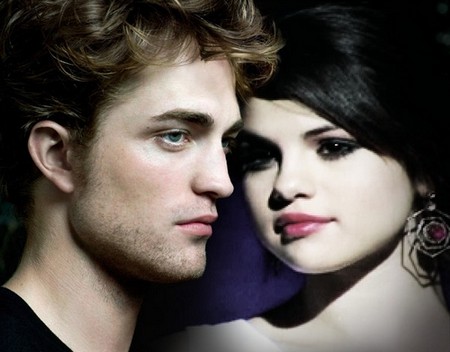 Selena Gomez may have loved Justin Bieber like a love song but we know that love songs always come to an end, just like this young couple did.  It’s a pairing I never really understood, I have to admit. I mean I know that lots of teen girls swoon over Biebs and would kill for a nanosecond alone with him (or they could ask Santa to bring his blow up doll for Christmas) but I just don’t get what sucked Selena in. Sure, he is famous but so is she so it was never about fame and money. The former Disney princess has built her own career and doesn’t need to cling to any other celebs coat tails, that’s for sure.

Selena is at an age where being two years older than your guy can make a REAL difference. He was only 16 when they hooked up! Think back to your teenage boy/girlfriend and imagine the likelihood of that relationship lasting. Now add the price of fame which includes having everything and anything at your disposal at any point in time- including chicks. Just ask Biebs about that because rumor has it he had a hard time resisting a quick sexual fix from a side dish here and there which caused a huge problem in his relationship with Selena.

I’m pretty sure she really did outgrow him a long time ago anyway. Selena is 20 but after spending years in the entertainment business she thinks like a 25 year old (at least) and ultimately would need a guy older and a bit wiser. Robert Pattinson may be just that guy!  Don’t be fooled by the speculation that he and Kristen Stewart are doing a great job of reconciling. An equal number of rumors lead fans to the conclusion that the former couple is keeping up showmance appearances because Breaking Dawn 2 hits box offices momentarily. As news began leaking that Selena and Justin had split Rob quotes started popping up, praising her and the entire Spring Breakers project that she’ll appear in next.

Is it a coincidence? No, think about it. Both Selena and Rob are kind of lowkey, hard-working people in the business. They have both been made to look like public fools by the person who supposedly loved them the most. They have an instant bond based on that fact alone. How long will it be before the vampire and the princess meet for a cup of coffee? Or how long before we find out with visual proof that they already have?  I mean, she’s fun and bubbly and basically everything that Rob’s sour puss Trampire isn’t. Meanwhile Rob is a man and would carry with him a good deal of experience that I’m betting Selena really craves.

Do you think Rob has already reached out to Selena?  It seems like a natural gesture that would likely lead to better things, don’t you think? Besides I like the sound of GoPatt! Tell us your thoughts in the comments below!