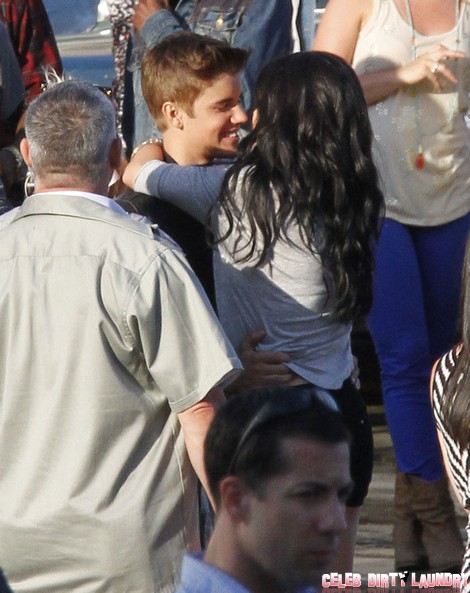 The Justin Bieber and Selena Gomez saga continues (it’s not really a saga anymore; we’re only saying that to intensify the dramatic tone!) A week long expedition into teenage toils and troubles left this couple as scarred as a war-torn landscape. They’ve been fighting, breaking up, making up, breaking up, and making up again, like a rollercoaster on a bad trip. Justin’s performance at the American Music Awards on Sunday night was one of the most watched events of the music industry’s award season, and not only for the performances and the stars, but also for Justin and Selena.

There were rumours doing the rounds on Thursday and Friday of last week that Justin’s appearance at the AMA’s was going to be an indicator of where the couple currently stands in the ongoing battle of tabloid fiction. Selena was rumoured to appear on Justin’s arm as the doting girlfriend, but Sunday night came and went without Selena.

Before you jump to conclusions and kick our teeth in, no, they’re not fighting and no, they’re not broken up again. In fact, the couple did meet up after the show at the official American Music Awards after party at the JW Marriot in Los Angeles. According to sources, “Justin was spotted making a beeline for Selena as soon as he arrived. The on-again couple sat close together on a couch for most of the evening – he even had his arm around her.” Selena didn’t want to dance, but Justin took to the dance floor and mingled with a few screaming fans. The love struck couple left the party at 10 p.m. and exited the JW Marriot hand-in-hand. Allegedly, Selena didn’t look scorned, nor did she look like she swallowed a bee. In fact, Selena was her regular bubbly self, and when the couple drove off in their SUV, she appeared as happy as ever.

There you have it. Perhaps these rumours could now be laid to rest and given a passing glance in future, because this cow has been milked for all it’s worth. Let’s close the book and focus on a new celebrity scandal. Justin Bieber and Selena Gomez are, after all, so last week.