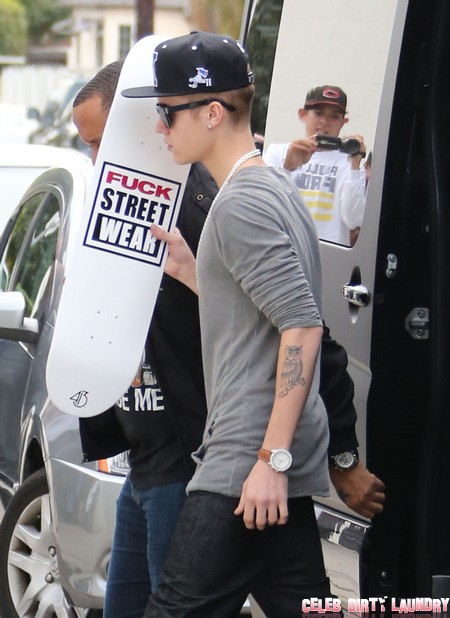 Earlier today, the news broke that Justin Bieber and Selena Gomez are back together again. Twitter lit up like a Chernobyl Christmas tree with thousands upon thousands of fans wishing them all the luck and love in the world. The alleged third party in the company of two, Barbara Palvin, was left alone to live her supermodel life like nothing ever happened. The break-up caused a week long division between fans, family, and media outlets. The Bieber loving sites supported their boy’s toils and troubles, while the Selena Gomez loving sites, such as Celeb Dirty Laundry, tried to find evidence of indiscretion.

In the end, there was none. There were no concrete pieces of evidence – except for that Victoria’s Secret backstage image – that could make us believe that Justin Bieber did indeed cheat on his one and only. It remained a salacious rumour throughout the week, fueled by the millions of fans wanting justification for their respective celebrity camps. Bieber and Gomez’s coincidental reconciliation came just in time for the American Music Awards, one of the most watched awards shows on television. There were already rumours churned out by the rumour mill the past few days of Bieber’s attempts at keeping Gomez away from the awards ceremony, but the reconciliation changed everything.

The pre-awards show, and the eventual ceremony, will be watched by a massive amount of fans. Bieber’s appearance at the AMA’s, with Gomez on his arm, will rekindle the lost love between Bieber/Gomez’s fans. This will not only unify the respective fan camps, but it will also cause American audiences to fall in love all over again with Bieber and Gomez’s romantic coupling. Audiences are fickle, and they’re at their worst when they’re able to point the finger. Therefore, the appearance at the AMA’s will not only be one be an ingenious PR event, but it will also be able to shut up the audience, the media, and those incessant Beliebers who can’t spell.

Bieber’s outer layers of his fan base defected during the break, but the staunch and stoic Beliebers stayed behind to support their boy through thick and thin. He will be able to win back those rebels if he is able to keep Gomez on his arm at the awards ceremony, if he stays true to himself during the upcoming weeks, and if he is able to keep his reputation as clean as possible.

It will be a trying time for the couple, but if they’re able to survive this break, novels will be written about them. Only time will tell in the end. What do you think, though? Do you think these two are really back together, and if so, do you think an American Music Awards appearance would solidify them again?  Let us know your thoughts in the comments below.