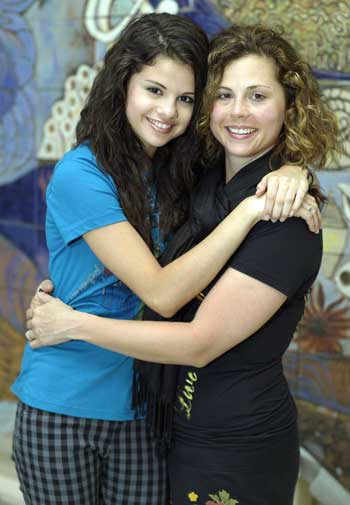 A break-up does not only affect the two parties involved, it also affects every social circle outside of the couple, immediate family members, and a string of collateral victims. A break-up is akin to a pebble tossed in a pond – the ripples cause a domino effect that spirals out and bumps into every friend that came into contact with the couple.  Selena Gomez is no exception. Her mother, Amanda Dawn “Mandy” Teefey (nee Cornett), must be having a field day with the recent break-up between her daughter and Justin Bieber.

We admit that Selena Gomez is one of the coolest celebrities out there, clearly raised well by a non-fame whoring mother.  She’s never involved in major scandals, drug abuse, unfortunate alcohol consumption, and silly partying. Selena’s squeaky clean role model image has also never been tainted by adultery and sexual mishaps, until now. The Disney star is not to blame for the break-up, because the proverbial finger has already been pointed in the face of Justin Bieber and Hungarian supermodel Barbara Palvin. However, this does not diminish the fact that Beliebers are sticking to their boy and treating Gomez like an over reacting buffoon with too much drama in her head. We all know that Gomez was actually doing pretty fine on her own, but Justin Bieber’s supernova fame allowed her to bathe in the light and soak up the sparkles that dropped from his perfectly coiffed hair do. She went from Disney star to absolute superstar within less than a year of their relationship.

There’s no word yet on Mandy Teefey’s reaction to the break-up, and an official Celeb Dirty Laundry visit to her Twitter page yielded no obvious results. It was, however, glaring obvious during our short stint at Twitter stalking that Mandy loves her daughter more than life itself. We write about a string of celebrities on a daily basis, interview them on a weekly basis, and mention them on our Twitter accounts on a monthly basis, but we never really connect to them on a human level. We never realize that they are human beings who endure the same struggles as us, the only difference being fame. A visit to Mandy’s Twitter page proved that there is always a deeper humanity to these celebrities, whether they lie, cheat, break faces, snort cocaine, and cheat on their significant others.

We doubt Mandy will be declaring the break-up as official anytime soon, but we’re one hundred percent certain that Justin Bieber won’t be allowed into Mandy’s house over the Thanksgiving period. It’s official, dear readers; we’ve relinquished our unbiased journalistic nature and threw ourselves at the sentimental picture of Mandy Teefey proudly hugging her daughter for the world to see.

Suck on that for a bit, Beliebers. 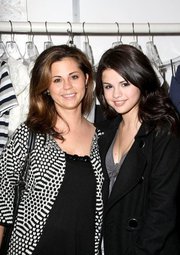