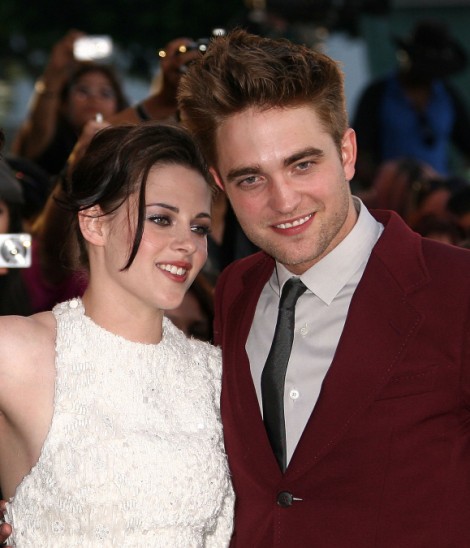 Robert Pattinson and Kristen Stewart’s alleged plans to take things slow post-Rupert Sanders fiasco apparently have been thrown out the window. Reports are filing in that the reconciled and Prince-loving couple are house hunting for a vacation spot in Rob’s neck of the woods. It’s rumored they’ve had a soft spot for Cornwall and the Isle of Wight in England and are sniffing around for a place they can chill when the media gets too crazy in LA.

A source told New! magazine: “They know they need somewhere discreet and low-key to hide away in and have some serious downtime, so they are looking in Cornwall and the Isle of Wight and some of Rob’s family are there so it all makes sense.”

But this isn’t the only shacking up going on. According to the same magazine (which I’d never heard of until now so please take this story with a grain of salt – unless you really want to believe it) Rob and Kristen are considering moving back in together in Kristen’s new LA pad. You know the one. It’s the place with the low hedges where they just got caught kissing. AND the globe-trotting twosome are also planning a trip to Australia the second their Twilight duties are over in a couple months. So basically, Rob and Kristen want some alone time and they want to have it together. Oh Twihards! Christmas came early!

“There’s talk that they will be home together again with their beloved dog Bear in LA by Christmas, but at Kristen’s new four bedroom home. They want to give it another go and try living in her house for a while…. The thing with them both going forward is that they want to have as many holidays and as much low-key time together as possible,” the source added.

Where do they find these sources? I highly doubt anyone, anywhere ever said “beloved dog Bear” but fine. I’ll play along. I’m getting some strong Keyser Soze vibes right now. “The greatest trick the Devil ever pulled was convincing the world he didn’t exist. And like that, poof. He’s gone.” Suck a freakin’ great movie.

Anyway, are Rob and Kristen planning on keeping Robsten on the DL now that they’ve played nice with Summit? I wonder how they’ll move forward. Will they ever walk red carpets with each other again on their solo projects? It’s not like their schedules are wiped clean. Rob and Kristen are busy working for the next couple years so will they be a Brad and Angelina (and now a very eager for Oscar Ben Affleck and Jennifer Garner) and pull out the love every time they need to endorse a project? Or will they be more Gwyneth Paltrow and Chris Martin? It’ll be interesting to watch, because if all these little shacking up rumors are true, then Robsten wants this to be the real deal. Living together isn’t marriage but it’s commitment. But they’ve clearly showed that they’re willing to use their romance to sell tickets. It’s hard to put the genie back in the bottle. The next few months will be very interesting indeed.

Are Robert Pattinson and Kristen Stewart buying  a home in England so they can keep their relationship private from here on out? Or do you think after the Twilight promotions die down they will be more comfortable sharing their romance with their demanding and adoring fans?