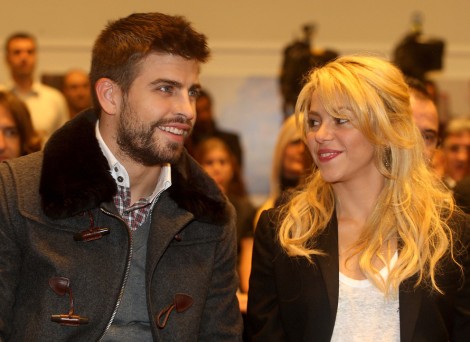 Two former disgruntled employees of Shakira are reportedly shopping a video of the latin singer and her much younger, soccer player boyfriend having sex on a boat! The unidentified couple worked for Shakira for 11 years but feel like they were unfairly fired after they refused to cook her a late-night meal. Seriously… only rich people have these types of problems.

The tape in question is 15 minutes long (not bad!) and includes Shakira with Gerard Pique. According to UPI.com the former employees are trying to sell it to the Spanish media for hundreds of thousands of dollars. “The video lasts about 15 minutes. I guess it’s recorded with a mobile phone by an employee who was in the cockpit of the boat,” a Barcelona agent told the Spanish magazine Interviu. “I thought that it had been edited.” Oh! Shakira’s hips’ don’t lie but the video might!

The agent also said he couldn’t even tell if it was Shakira performing the dirty deed or not. That’s got to be somewhat comforting for Shakira. But how hard would it be to confirm something like that? The couple were probably on a yacht so could you check the yacht records and the time of the tape to find out if Shakira was there? Is that too Nancy Drew of me? There have got to be paparazzi pictures of the couple somewhere around a boat. Or do the paparazzi not bother with Shakira anymore? I think they might. She got everyone in a frenzy earlier this summer with baby rumors but those sort of floated away. I can’t decide if it’s good for her career to have a sex tape or not. She’s working on a new album so she could use the publicity!

But this is an odd, sh-tty case. The alleged Shakira and Gerard Pique sex tape isn’t exactly a sex tape. It seems like they were unknowingly filmed having sex, right? Those ex-employees must have been really p-ssed to do something this gross! What did Shakira ask them to make? Foie gras? This is a valuable lesson for all those celebs! If you have the late-night munchies deal with them yourself because hell hath no fury like an employee scorned!