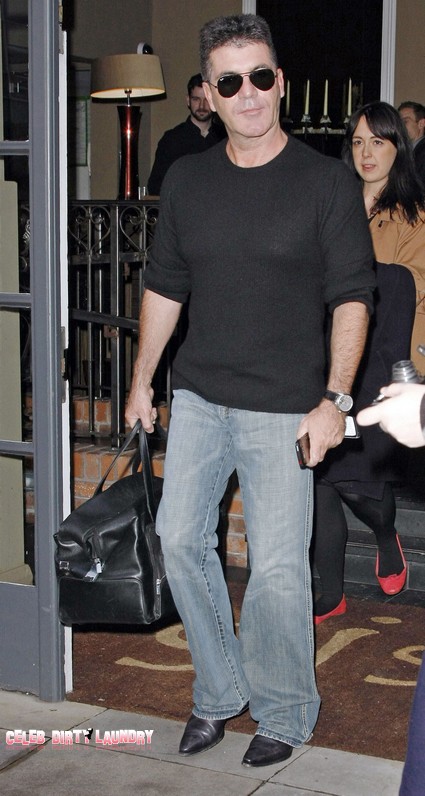 Simon Cowell has reportedly offered Beyonce an amazing $500 million to be a judge on the ‘X Factor USA’. No doubt that Blue Ivy and Jay-Z will have to appear as well for a payout that lucrative. Of course such a contract would be multi-year deal – it is said to be for at least 5 seasons – and will also include provisions based upon the show’s ratings.

Simon is desperately searching for BIG NAMES as he looks to replace fired judges Nicole Scherzinger and Paula Abdul and host Steve Jones. Last season’s rating were a huge disappointment as the FOX show barely exceeded one-half of the numbers Simon had promised. Simon was quoted as threatening a ‘bloodbath’ that would axe big stars mercilessly after last season. His promised FOX 20 million viewers per episode but came up terribly short – even the finale was watched by only 12.6 million viewers compared to 22.8 million on the American Idol finale.

MediaTakeout’s source said:  “He wants a big name female star on the panel. Mariah [Carey] is good, but she’s not that hot today.  He wants Beyonce because that would immediately give him the bounce needed to beat ‘American Idol.'”

Comments in the industry came from Randy Jackson who sits on the ‘American Idol’ panel alongside Steven Tyler and Jennifer Lopez. He said he was “sad” to see Paula, Nicole and host Steve Jones axed from ‘X Factor’.

Randy said: “I have not spoken to Paula. We texted back and forth. I’m sad to hear about what’s going on with that show. All of those people are dear friends of mine.”

Simon should try to hire a true music icon like Paul McCartney or Madonna – how about Eminem or Ice Cube? Who would boost X Factor’s ratings the most? Sound off in the comments below.