Simon Cowell Slept With Judge On The UK X Factor 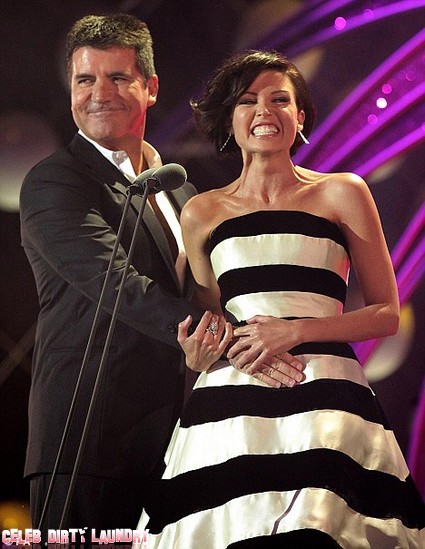 Simon Cowell makes as many headlines as the wannabes he finds on his swag of talent shows. But he’s in the news today thanks to an affair with a former Judge on the UK version of the X Factor. It’s claimed Simon and singer Dannii Minogue had a fling when they began working together five years ago.

The secret affair has been exposed in a new biography about Simon called Sweet Revenge – The Intimate Life of Simon Cowell by Tom Bower. The tell all isn’t released until next month but The Sun newspaper got their hands on an excerpt and printed it in today’s UK papers. So who is Dannii?  She’s an Aussie singer who’s also a household name in England. She splits her time between the two. She also has a very famous older sister Kylie Minogue, who is also a singer.

Simon says ‘I had a crush on her. It was Dannii’s hair, the sexy clothes and the t**s. I was like a schoolboy. She was foxy. She was a real man’s girl. Very feminine. It was genuine love.’  And Dannii was equally as taken with the music mogul . The alleged hook up happened in 2007. Simon had split with girlfriend Terri Seymour and Dannii was also single. She’s since had a son with a longtime boyfriend. When she joined the show he said ‘Every guy in the world fancies Dannii. I love sitting next to her.’ Apparently that’s not all he was doing

And Simon’s lust for his female Judges doesn’t end there. When the relationship with Dannii cooled he turned his attentions to another member of the panel… Cheryl Cole. But she wasn’t interested.