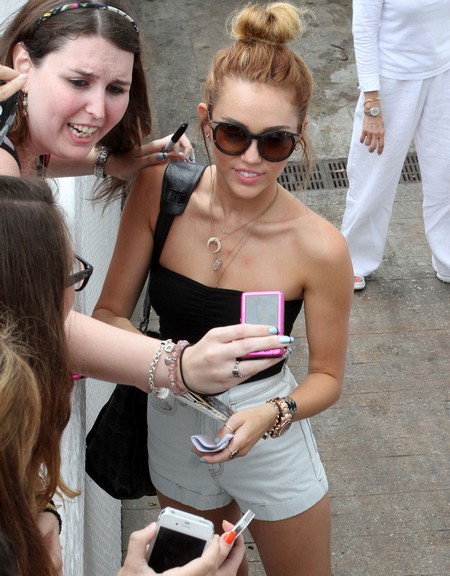 A skinny Miley Cyrus is looking anorexic in Miami.  What’s a girl to do?  Her career seems to be in a bit of a lull and her boyfriend, Liam Hemsworth, is suddenly more popular than her so Miley had to do something to get the paps to pay attention, right?  The 19 year old has been in Miami working on a new album and it seems every time she steps out, the outfit gets smaller to show off her protruding bones.

She has mentioned taking to a Gluten-free diet in recent months but she seems to be taking things a bit too far.   Out with her mother recently while Miley was in Miami, the frail looking celeb appeared to use Trish’s arm to help steady herself.

It’s not the first time Miley has drawn attention because of her weight. The former Disney star took to her Twitter account back in April to deny rumors that Miley was battling an eating disorder after photos appeared of her leaving Pilates classes in Los Angeles looking alarmingly underweight.  Back then she tweeted,

“For everyone calling me anorexic I have a gluten and lactose allergy,” she tweeted. “It’s not about weight it’s about health.”

“Gluten is c–p anyway! … I ate today at Easter lunch but all of it was healthy and even more fulfilling! Health is happiness!”

Fair enough, but she has continued to loose weight since then rather than leveling off.

Is Miley Cyrus anorexic? Do you think she has gone to far with her diet or that she has an actual eating disorder?  Let us know in the comments below! 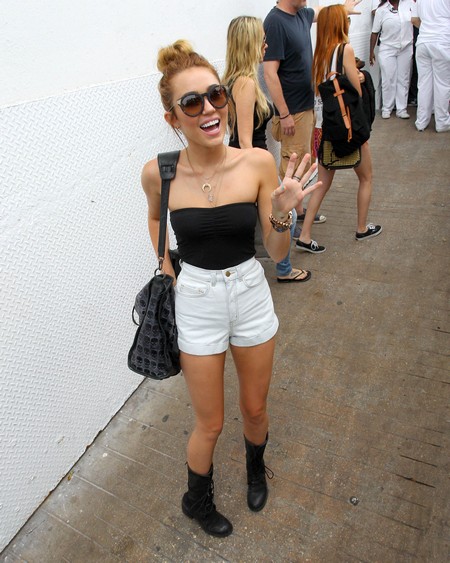 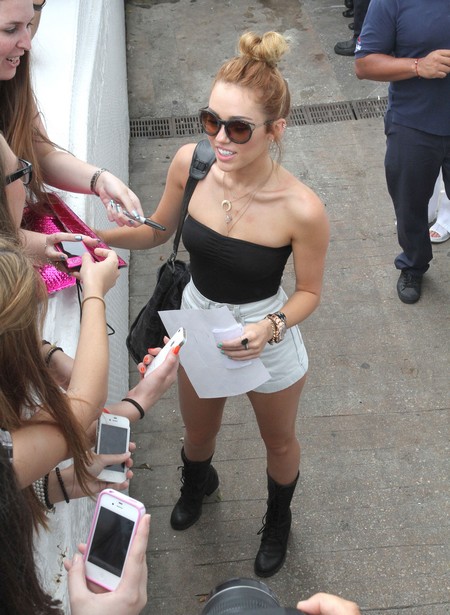