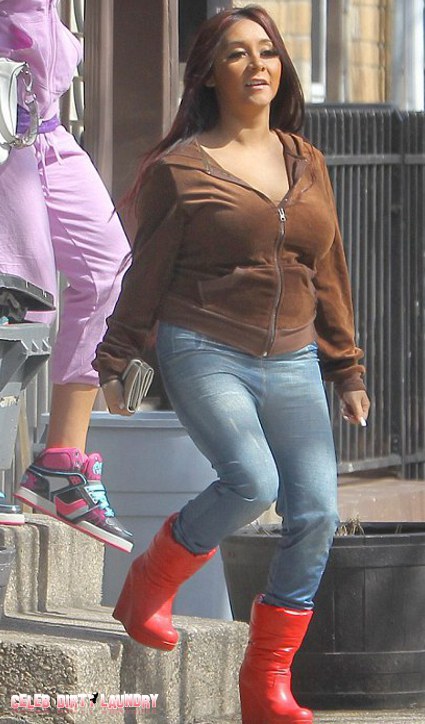 We were all surprised when we heard the news that MTV reality star Snooki Polizzi was pregnant. But apparently we aren’t alone. Snooki’s “Jersey Shore” cast mate and friend with benefits Vinny Guadagnino was also shocked by the news.

In an interview with the Huffington Post, Vinny—who is also 24— opened up about his feelings on the pregnancy, admitting that while he was surprised by it, he promises to support his pint sized friend the best that he can. “You know, this is real,” he said. “We all get into our hardships with each other and petty arguments but this is real life. She is pregnant and we are there for each other … I think it is a cool thing. It was definitely a shock, but you have to adapt to whatever life throws at you.”

Vinny, who is currently promoting his self-help book “Control the Crazy,” a common man’s perspective on managing his anxiety problems, feels fairly confident that Snooki will be able to rise to the responsibility. “Any mom, whether they’re 40 or 24, doesn’t know what it is like until the baby is there. Everyone can talk about how irresponsible she is and how she drinks, but you don’t know how she’ll be when the baby comes out.”

Along with Vinny, Snooki is also getting support from BFF and fellow meatball Deena Cortese. “I think Nicole is going to be a great mom,” Cortese, 25, told Ryan Seacrest this morning. “She’s a very genuine person and her heart’s always in the right place. She always puts people before her.” Deena admitted that she’s looking forward to spoiling the baby, and has already dubbed herself Aunt Deena.