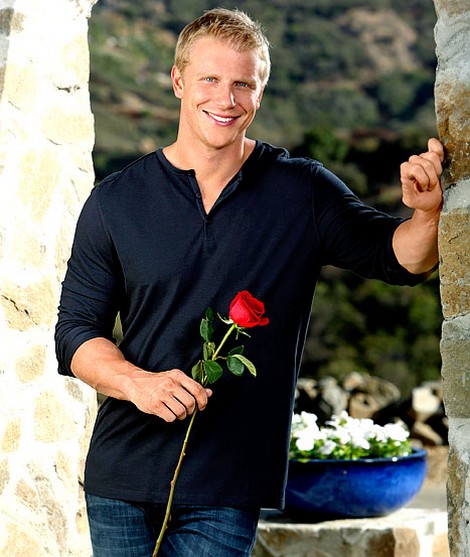 The new season of The Bachelor may not premier for another 5 weeks, but that doesn’t mean we’re all desperately eating up all the online spoilers we can! Thanks to cell phone cameras, we’ve seen pictures of last season’s loser Sean Lowe out and about with many ladies, but he could only pick one!

Viewers of the not-so-realistic reality dating show fell in love with Sean after watching him on Emily Maynard’s season of The Bachelorette. Sean is the perfect bachelor—bleached hair, sickly steroid-filled muscles, and beet-red face. Of course, six-pack and dazzling smile sealed the deal when Chris Harrison was scouting Emily’s rejects for the next heartthrob.

The show may have a notoriously-low happily-ever-after rate, but that doesn’t keep viewers (like yours truly) from tuning in week after week, wine in hand, to watch the contestants act like horny and manipulative teenagers. The gorgeous travel shots don’t hurt, either. This season’s final rose ceremony took place in Thailand, at Pa Sok Tong Villa, just outside of Chiang Rai. So expect tropical, lavish, bikini-clad contestants. No bundling up at ski resorts for Sean! Reality Steve reported, “Sean did choose one of these girls. There was no craziness at the final rose ceremony. He didn’t let the one he didn’t choose go early or anything like that. Played out like many past final rose ceremonies have. Both girls come up to him individually, he dumps one and proposes to the other.”

Keep reading for the spoiler! Sean proposed to Catherine Giudici (no relation to The Real Housewives of New Jersey!), a Seattle native. US Magazine described her: “The stunner is 26-years-old and a designer at Amazon, as well as a food writer. She went to Washington State University and she loves traveling the world.” Of course, the contestants are always working ways to make it sound like they don’t have sad dead-end jobs (like calling an insurance salesman an executive in the medical industry), and the fact that Catherine has two jobs makes me wonder just how real her “design” job at Amazon is. The runners up who got hometown dates were Ashlee Frazier, Desiree Hartsock, and Lindsay Yenter. Will you tune in on January 7th to watch the whoredom unfold?