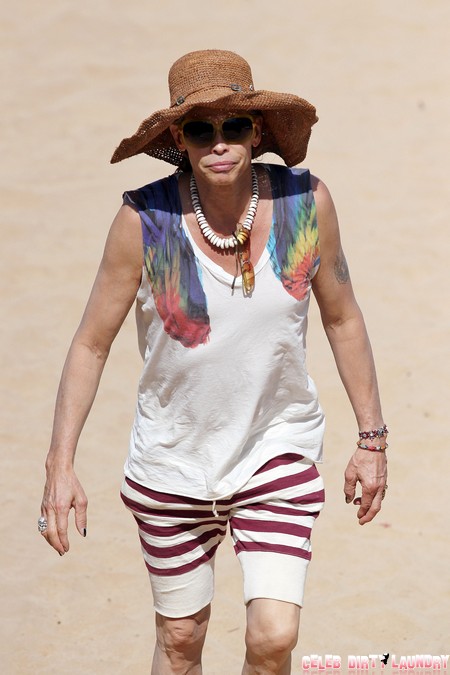 It would seem that Aerosmith leadman Steven Tyler has found himself in a legal mess as a result of his frolic onto mainstream television with American Idol. Kovac Media Group, Tyler’s management company, negotiated his American Idol contract. At the end of last season Kovac hired lawyer Dina LaPolt to represented Tyler in what should have been a lucrative deal.

LaPolt failed to wow as she bad mouthed Kovac to both Steven Tyler and the big wigs at American Idol while simultaneously disclosing Kovac Media Group’s main negotiating points. How much did the release of that highly coveted information cost Liv Tyler’s dad? According to Kovac, 6-8 million dollars.

In a lawsuit filed by Kovac Media Group against Dina Lapolt, Kovac asserts that due to LaPolt’s underhanded actions Tyler found himself being pulled from corner of mouth to corner of mouth as he tried to dump Kovac in exchange for LaPolt’s exclusive services. The suit also claims that because of the leak of the negotiating points American Idol ended up offering Tyler no raise when he resigned from the esteemed position. Tyler did, however receive a severance check. A cut should have gone to Kovac, but they claim LaPolt took that as well.

While Tyler isn’t mentioned in the suit directly we can only assume that the 8 million dollars and loss of his judge’s title on American Idol has hit him hard, especially since he has to wake up every morning looking like that.