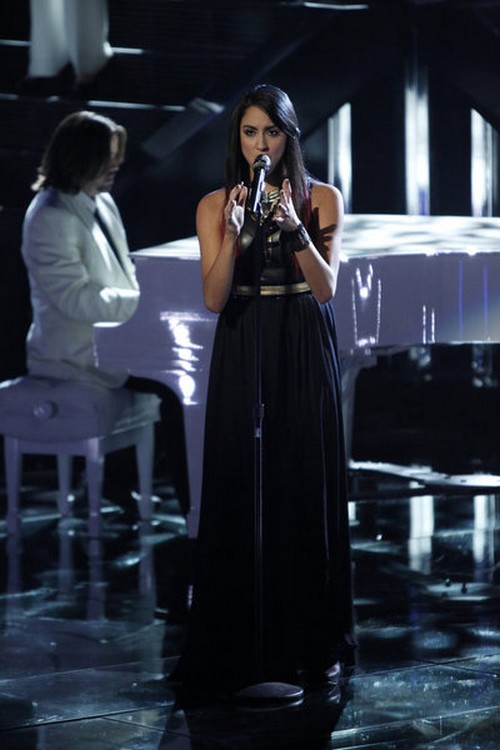 Sylvia Yacoub took the stage tonight on THE VOICE for her Top 10 video performance.  Syvlia sang “Girl on Fire” by Alicia Keys.  Tonight’s show the top 10 perform live in front of coaches Christina Aguilera, Adam Levine, CeeLo Green and Blake Shelton for America’s vote and a chance to move on to the elite eight.  Did you miss tonight’s episode?  If you did we watched it and we recapped it here for you.

Judges Comments:  I wasn’t sure if she’d hold it together but Silvia actually set the bar pretty high. Cee-Lo thought it was a great choice and she did amazing. Adam Levine says it was her most polished performance and it blew him away. Blake Shelton agrees with both and he also comments on how hard it is to be the first to perform.

Hopefully she stays around for another week.  Tonight’s song was a great direction for her to take.  You can vote for Sylvia Yacoub at 1-855-VOICE-01