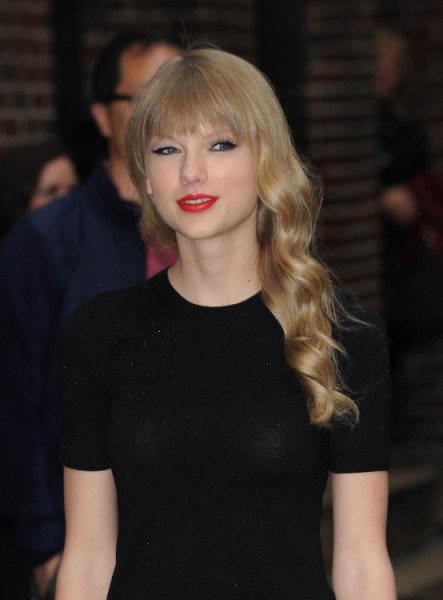 Although she was widely reported to have pulled the plug on her relationship with the 18-year-old boarding school student and moved on to British singer Ed Sheeran, a new rumor, courtesy of HollywoodLife.com, makes us think that the 22-year-old singer may not have given up on her Camelot dreams with Conor after all.

Supposedly, Taylor and Conor, the son of Robert F. Kennedy, Jr., are not only still in touch but still flirting with each over via text messages!

“She is still in contact with Conor mostly through text. They still flirt over emails but mostly texts. So there is definitely still a chance of them getting together in the future. Her schedule is still way too busy which is effecting everything in relationship terms. Time will tell,” said a source to the website.

If you remember, Taylor was supposedly so serious about making Conor her future husband that she even decided to buy a multi-million dollar home across the street from where he lives in Hyannis Port, Ma., so it doesn’t make sense that she would want to end the relationship completely, especially considering that she is still going through with the sale.

Related: It’s A Break, Not A Breakup: Taylor Swift Still With Conor Kennedy

Maybe making him her friend with special benefits is the next best thing to a serious relationship, while she is traveling all over the world, promoting her new album, Red. After all, things could be different in a year, once Conor graduates from high school. For now, it seems that long-distance love is not in the cards for the two, but, perhaps, a casual relationship with a younger man is just right for the singer!