Taylor Swift Wants Pregnancy and a Baby NOW With Harry Styles – He Says NO! 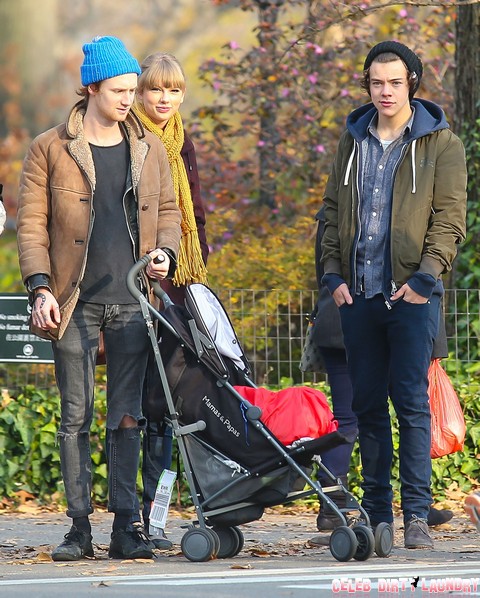 Taylor Swift has a lot going for her these days. She’s young, hot and has a thriving career that will keep her rolling in cash for a long time to come. Her love life on the other hand, is usually a mess and maybe she likes it that way, because it means her next album will be a hit, but still Taylor’s no winner in the dating pool. At first I thought she was just way too young to know how to pick a good guy, I mean sometimes it takes a girl years to be able to distinguish between a prince and a frog. Now I’m sort of coming to a totally different conclusion.

Remember last summer when Taylor was dating a Kennedy kid and all of the women in the family couldn’t stand her? Well, it’s because she’s not that pure, sweetheart that her handlers try to sell her as. Kennedy women saw through the BS and wanted her nowhere near their boy. Now Taylor has hooked up with Harry Styles, who may be about as famous as she is, but he’s still a teenager (and apparently Taylor hasn’t paid much attention to how her good pal Selena Gomez’s relationship with a teenaged boy has turned out).

Taylor seems to realize that she’s striking out left and right so she has been putting tons of pressure on Harry to have kids. Rumor has it she is in fact already pregnant and if so, Harry is flipping the hell out because he is light years away from even wanting to think about fatherhood. His One Direction band mates think that Taylor has tried to keep Harry on a short leash and that she’s just desperate enough to trap him with a kid too. This is the second guy in a row that had friends or family suggest he run from Taylor as fast as his feet could carry him.

Do you think that Taylor would stoop so low as to purposely trap Harry with a baby? In her eyes it would make her even hotter in Hollywood. Any woman that can juggle a successful career and motherhood is golden and we already know that’s the image Taylor wants for herself! Will Harry hit the bricks sooner rather than later? Tell us your thoughts in the comments below!