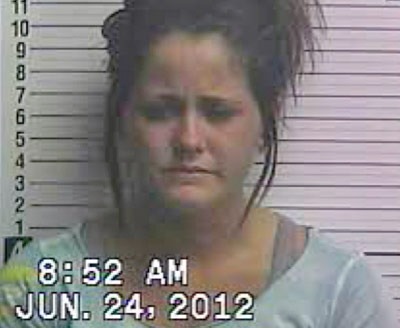 Note that it’s no longer her drug abuse but Jenelle Evans’ overdose that concerns her family and a couple of her fans.  Her drug abuse is old news. A new season of MTV’s Teen Mom 2 is coming, and with it will come drug addictions, baby daddies, and custody battles! It sounds like one mom is struggling more than ever! In a twist that we all saw coming, Jenelle Evans, who lost custody of her son Jace as soon as he was born, is on a road to destruction. Family report that they fear she will die alone from an overdose in her apartment!

We learned from Jenelle’s sister Asheligh Evans Wilson that their mom, Barbara Evans (who has custody of Jenelle’s son Jace because she’s too cray cray to be a mom) broke into her apartment and found Jenelle strung out on drugs! Scary! We are glad Jenelle has a mom who cares enough to force entry to snoop in her daughter’s life—I mean check in on her and make sure she hasn’t snorted too much crack. Problem is, Jenelle, ever the immature, whiny brat, didn’t see this as an act of love, so she is pressing criminal charges against mommy dearest for breaking and entering!

May I remind you (again) that it is Jenelle’s mom, Barbara, who has custody of her child? Don’t want to anger her—all she has to do is remind the judge of your drug problem and you’ll never see that cute baby again! Of course, it can’t look too good for Barbara that she is fighting charges now. But Jenelle’s criminal history is much longer. Isn’t it a rule that you shouldn’t do drugs alone, because you need someone to call 911 for you?

This chica is an unfit mother and I’m glad Jace is out of the picture. She needs to pull her life together before she brings a kid into her crazy, delusional world. Do you think that all of the Teen Mom filming/attention is helping Jenelle by making her accountable to so many viewers? Or is the pressure just pushing her further into the abyss of unfit parents? New seasons normally start in December or January, so we will have to wait to see more drama unfold!