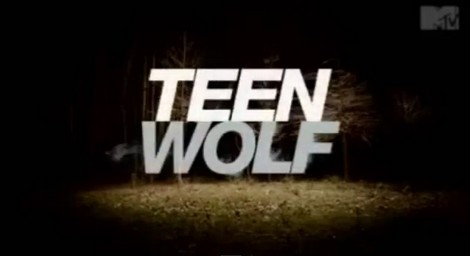 Tonight on MTV is an all new episode of Teen Wolf called ‘Master Plan’.  It is the season finale of Teen Wolf already can you believe?  It is ending far too soon!  On tonight’s show the “shocking death” on the lacrosse field is revealed.  Who will it be?  If you missed last week’s show called ‘Battlefield’, we have a full and detailed recap here for you.

On last week’s episode Scott is told  that Jackson will kill someone if the werewolf’s don’t deliver Derek to the hunters. Scott had to find way to stop Gerard.  Who do you think that Jackson killed?  The list is too long, I just cannot predict.

On tonight’s show Scott races to uncover Gerard’s master plan following a shocking death on the lacrosse field. Derek plots to take Gerard down using his own methods.

Erica and Boyd are captured as Allison continues her merciless bloodthirsty revenge on the werewolves for her mother’s suicide. Meanwhile, Scott, Stiles, Lydia, Melissa and Isaac are all under pressure amidst the chaotic events.

Tonight’s season finale is going to be an exciting one that you won’t want to miss, so be sure to tune in for our live coverage of MTV’s Teen Wolf tonight at 10 PM EST! While you wait for our recap hit the comments and let us know what you think of Teen Wolf season 2 this year? Check out the sneak peek video of tonight’s show below, while you wait for the recap!

The show begins with someone being loaded in an ambulance — it’s Jackson. The paramedic says she has it from here. But Scott’s Mom says that she’ll ride along because she’ll have to give a statement to the hospital anyway.

Stiles enters a room only to see Erica and Boyle handcuffed to the wall.

Scott talks with Isaac and Stiles’s father, who is still worried about his son. Scott has a touching moment with his coach, who simply wants Scott to get his grades up so he can compete next year on the team. Everyone leaves the locker room and Derek and his uncle show up. They say that they all need to have a little conversation.

Gerard comes down the staircase after Stiles tries to free Erica and Boyd. Stiles makes a snotty comment to Gerard, saying that he could probably kick his ass. Gerard, being the baddie that he is, smacks Stiles to the floor. SMACK! Grandpa Argent has super grandpa strength!

Scott wonders what the hell is going on. Derek says that Peter knows how to stop Jackson. Scott and Isaac tells him that Jackson’s dead. Peter says that that’s not good news because if that happened then he thinks Gerard wanted it to happen.

Allison’s father continues to be uncertain about his daughter and Gerard’s motivations. He says that he cares about his daughter. Allison is confused, and her father breaks her crossbow. He’s tired of following the word of Gerard.

Scott’s mother sneaks into the morgue because she’s curious about what happened to Jackson. The mysterious venom drips off the morgue table and she scoops it up to examine it with a culture stick. Hesitant, she unzips the body back.

Stiles’s dad is on the phone. As his dad hangs up the phone, Stiles walks in with a bruised cheek.

Meanwhile, Peter grabs a laptop that he hid in his house, and he says that, luckily, the Argents aren’t the only ones that keep records. Scott’s mom calls Scott and she, still in the morgue examining Jackson, says that he might want to come to the hospital quickly . . . Jackson is encased in a transparent goo. It appears to be some type of cacoon.

Stiles is resting on the bed when he hears a knock on the door. He answers it and it’s Lydia. She’s clearly upset and Stiles welcomes her into his bedroom. She starts to cry. She says that no one will let her see Jackson.

Scott and Isaac arrive the morgue. Nobody knows what’s happening.

Allison’s father visits Erica and Boyle in their basement. He plays with the voltage of the electricity. He says, there are lines between the supernatural and natural . . . and that it’s interesting to see when the line between those two realms blur. He turns down the current and walks out of the room. He says it’s interesting to find out what side people end up on.

Lydia, while in Stiles’s bedroom, receives a text.

Peter says, after checking out his database, that Jackson’s Kanima shape is evolving . . . Isaac and Scott carry the body out of the hospital when they run into Allison’s father. However, I’m fairly certain that he has experienced a change of heart and will be on the “good” side from here on out. I hope that he will help Scott and the team fend off the nasty antics of Gerard and . . . unfortunately, Allison.

Peter tells Derek that they need Lydia. Peter says that they’re rushing into things and need to take some time to think, to relax, to formulate a gameplan. But, as always, Derek is a trigger happy werewolf who isn’t one to use his head.

Scott confronts Allison’s father. Scott says, “You’re alone.” To which Allison’s father replies, “More than you know.” He says that they have a common enemy. Scott thinks he’s talking about Jackon/Kanima, but he is actually talking about Gerard. He says that Gerard is twisting his way into Allison’s mind and has lost sight of their true goal. He offers them help and gives them a ride because “his car is faster.”

Scott, Isaac, and Allison’s father pull up to a dark alleyway. Derek and Peter arrive. Derek tells them to get Jackson inside. Derek is about to kill him. Derek says that the Kanima is being controlled by Gerard and that he wanted this to happen, wanted him to get stronger. Allison’s father says no, that his father wouldn’t allow a rabid dog — a rabid anything to live. That’s when *of course* Gerard enters the scene and says that his son is correct. Jackons awakes and, with extended claws, thrusts his hand into Derek’s stomach.

Gerard says that he’s done a good job, that not only was he bringing Jackson to Derek to help save the day but that he was also bringing Jackson to him. The kanima is fully reborn and he attacks Allison’s father. All the werewolves take their shapes and begin fighting Jackson. Peter stands back and watches. He’s concerned when Derek gets slashed. Allison stabs Isaac — but he’s not dead. The kanima turns on Allison and Gerard reveals that he has cancer. There’s no cure, but he says the supernatural has a cure. He says that he’d kill his own son to survive. Wow, what an evil dude.

Gerard wants Scott to kill Derek to save Allison. Scott makes Derek bite Gerard, who wants to change into a werewolf. He holds up his arm. It’s bleeding blackness. Scott says that, “Everyone always said that Gerard always has a plan, so I had one too.” Turns out he filled Gerard’s medicine with mountain ash, so that the bite wouldn’t take. Gerard spits up a lot of black nasty goo. Derek says, “why didn’t you tell me” about your plan. Scott says, “You might be an alpha, but you’re not my alpha.” Gerard, in his *hopefully* final breaths yells this before the commercial break: KILL THEM ALL!

Stiles and Lydia bust through the wall and hits the kanima with his jeep. Lydia gets out of the car. She lifts up the key that Jackson desperately wanted back at one time. He has a flashback to the moment when he first gave her the key — a moment when he shared an emotional bond with another person. Slowly, the scales start to fade away. He comes back to this world and, with uncertain eyes, backs away. Peter lunges for him and stabs him. Derek lunges forward an claws him. Jackson manages to get out the words “Do you still l-l-love me?” Lydia, in an emotional mess, is asked if she still loves him, too. She says yes. She does. Allison grabs Scott’s hand. Jackson begins scratching the ground and gets up. His eyes turn blue and he stands up — he’s a werewolf now.

No one was expecting that — except us LOL. Stiles is visibly upset. Gerard is nowhere to be found. Damn, he got away.

As Scott is walking out, he runs into Allison’s father, who gives him a reassuring nod.

We see Erica and Boyd running through the forest. They’re ambushed by a group of people . . . there’s a new pack in town.

We see the veterinarian and we see the counselor show up as well. WE ALWAYS NEW SHE WAS SOMETHING OTHER THAN JUST A COUNSELOR! They investigate the black blood on the concrete at the spot where  everything went down. We’re not quite sure what they’re up to . . . but they’re definitely up to something.

There’s a sign on the door. Peter says that that means there’s a new pack coming into town, and it’s a pack of alphas.

TEEN WOLF REVELATIONS starts now — check it out below for some of the main chatting points:

The entire cast is chatting away. The host asks them if Gerard is really dead, but they all say the possibilities are open and that they’re not quite sure what will happen with that storyline.

Tyler Posey is asked about Allison’s future motivations and he’s unsure if she’s going to distance herself altogether or is she’s just going to hang up her bow and arrows and step away from the supernatural realm.

Tyler Hoechlin, who plays Derek Hale, said that his favorite scenes were the ones with Gage Golightly, who plays Erica on the show. He says that she’s just a fabulous actress.

Tyler says that Derek Hale is a butthole. Yeah, he said that. Out of all the words he can say on MTV he goes the fifth grader route LOL.

Holland, who plays Lydia, is asked about Lydia’s journey with Jackson. She says that her character really started out as a person who found sole comfort in academics and intellect; however, now that her world has opened up — now that her eyes have opened up to the supernatural — that she feels as if there’s an entire new set of possibilities for her future.

Next, everyone discusses what the future has in store for Teen Wolf.

Tyler says that it would be cool to see Scott and the Argents team up to kill the new, big, bad wolf pack that’s recently come storming into town.

Dylan is asked when he’s going to get to kiss a girl . . . yeah, that conversation doesn’t go anywhere. On the topic of getting some action, Daniel Sharman, who plays Isaac on the show, says that he wishes his character would get some action because he feels as if Isaac is very lonely. He would like to see him branch out a bit and experience more things.

Holland would like to see a girl fight and would also like to get a chance to meet the stunt coordinator. She jokes, “I just found out this was a supernatural show a few weeks ago.”

All in all, this was a great season finale and we can’t wait to check out season 2. We’re going to have to wait until next year. Boo Hoo! Let us know what you thought of this episode in the comments below.