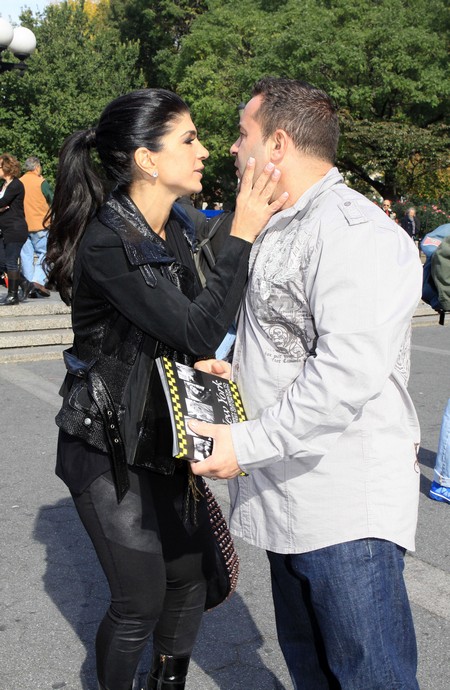 If you caught Real Housewives of New Jersey last night then you heard confirmation for the first time that everything isn’t so rosie in the Giudice home. Teresa Giudice’s former bestie, Jacqueline Laurito, probably has the inside track to what is really going on there and last night she decided to divulge just a bit.

“There has been a lot of rumors out there about Joe and Teresa both leading separate lives,” Jacqueline shared. “In public they pretend like nothing is wrong, but…”- from Reality Tea.

But… they say kids imitate their parents and if that’s the case then one of the Giudice’s daughters’ told the story on behalf of her parents. She basically ordered Joe to his room and disrespected him on camera.  These kids are obviously growing up to be just like their mother.  Teresa says she and Joe have true love and happiness and a crazy sex life to boot, but that kind of goes against what we saw last night.  Nothing screams trouble like separate bedrooms.

Truthfully, it’s a miracle these two even pretend to be on good terms.  Between Joe’s rumored infidelities, illegal business practices and general shadiness, I’m not quite sure why she would even want to be affiliated with him.  Then there’s the fact that he’s looking at jail time so he’ll be trading in their posh Jersey mansion for the big house.

They claim to be tight and unbreakable but do you believe that Teresa will stand by Joe once he is carted off to serve his prison term?  I’m betting a whole lot goes on behind closed doors once the cameras stop rolling.  The fights must be epic.  Do you think eventually Teresa will come out with a tell-all on her horrible life with Joe?  Tell us your thoughts in the comments below!