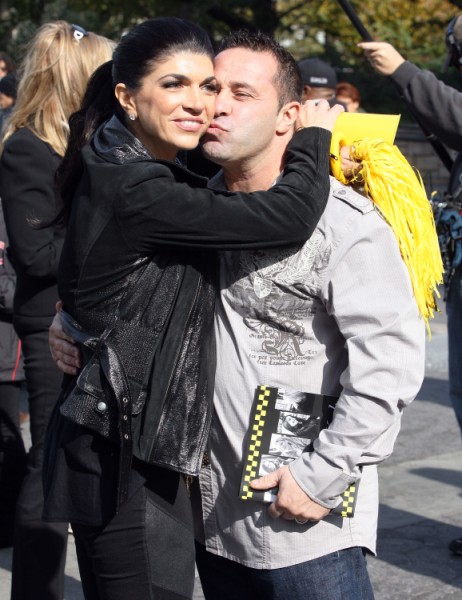 Time is not healing all wounds between Teresa Giudice and Jacqueline Laurita. Even after calling Teresa “scum” in the sensational final episode, Jacqueline’s still not done telling the world what Teresa really is – a fake.

On her BravtoTV.com blog, Jacqueline continued to rant about Teresa’s betrayal of her sister-in-law, Melissa Gorga, at the Posche Fashion Show. “There was no remorse, just smile after smile inside the restaurant after the drama without a care in the world. I think she was pleased with what came out…. Although, I think she was mad at me for calling her out. At that point, I didn’t give a rat’s ass anymore! To me, she was scum. She was faking with me just like she was faking with her own family. It was all a charade … just like her marriage, her phony magazine covers with her fake dog, her hair extensions, and her fake boobies. FAKE!”

Dang! Jacqueline’s not backing down anymore. I like this new girl! I was getting a little tired of Jacqueline ‘s tears. I know she’s from Las Vegas but it was about time she got her Jersey Girl on!

But very interesting comments, no? Is the Teresa Giudice marriage a fake? They’ve got four kids so is Jacqueline implying it’s actually over but Teresa and Joe Giudice are prolonging it for their empire? Or is Jacqueline insinuating the story lines the Giudices create are fake? Remember the whole “Joe called Teresa a b-tch on the mystery phone call” episode. Was that really staged for drama? We talked about it here and I said I didn’t think Joe was smart enough to follow a game plan. I figured he was too much of a drunk loose cannon but maybe Joe and Teresa are smarter than we thought.

Regardless, Jacqueline is one person on the show I trust. I never think she’s trying to sell or convince me of anything. She seems like an authentic, good person. Gullible? Hells yes but good. And if she tells me Teresa and Joe are fake then Joe and Teresa are fake. Case closed. I wish I knew what was going on behind the scenes!! I keep thinking about Carolina Manzo’s cryptic comments about the Giudices and how Teresa will end up divorcing Joe when the time is right for her to capitalize on it. Are you thinking there’s more truth to that now after Jacqueline’s blog post? And is it too late for the friendship to be resolved for Teresa Giudice and Jacqueline Laurita?