Teresa Giudice of “The Real Housewives of New Jersey” Gets The Cold Shoulder From Madonna! 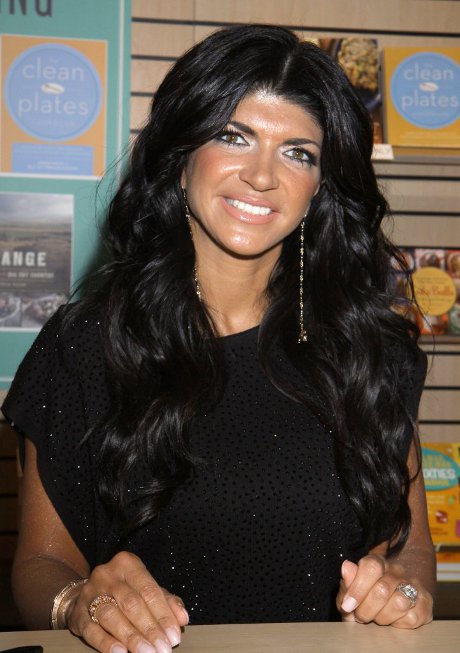 It takes an awful lot of gumption to even initiate a meet-and-greet with Madonna and that is precisely what The Real Housewives of New Jersey‘s Teresa Giudice attempted to do. We already know that Tre truly believes that she is some sort of authentic Jersey princess and that all of her spontaneous wishes should be granted. Girlfriend really overestimated her fame on this one because I’m sure she didn’t request a meeting with Madonna expecting to be shot down. She believed Madonna would know exactly who she was and be thrilled to meet her. That’s what played out in Tre’s fantasy, but her reality check came in the form of a total snub.

Madonna rarely does meet and greets and instead chooses to leave the stage and head directly back to her hotel in peace. Since this show happened to take place in New York, Madonna went home, ignoring Teresa’s request for a meeting. I’m sure Teresa never expected to be snubbed and I’m going to go out on a limb and say Madonna probably hasn’t seen a single minute of Teresa’s train wreck life despite Bravo milking it for all it’s worth!

I’m sure Teresa’s reaction was priceless and now that the situation has been made public I’d fully expect her to start talking to the press about it, slamming Madonna because that is exactly how she rolls. If you disappoint Teresa then she starts spewing a whole litany of insults and says that’s how she has always felt, but held her tongue.

Is there any chance that being snubbed by the likes of Madonna will knock Tre down a few pegs? Even if she doesn’t admit it, do you think inside it’ll make her stop and question how great she really is? Tell us your thoughts in the comments below!