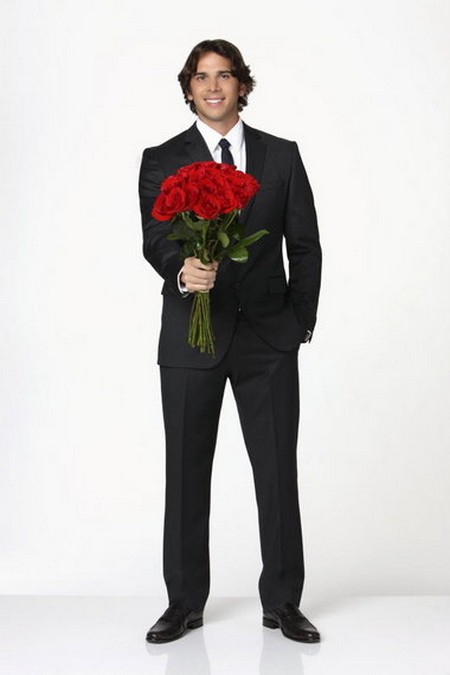 The two-hour finale of The Bachelor Ben Flajnik is finally here.  Tonight Ben’s search for his soulmate all comes to an end when he chooses the women he wants to become his bride.  Last week was ‘The Women Tell All’ episode and the angry ladies laid some smack-down on Courtney Robertson.   If you missed the episode you can read our full recap here!

Tonight should be interesting because rumor has it Ben picks Courtney to be his bride.  However Ben has this to say to Chris Harrison about seeing the real Courtney:  “It’s extremely difficult to watch because obviously I have very strong feelings for Courtney and Lindzi. Even on the group dates, I felt like Courtney was actually cordial. But after watching all of this stuff, Courtney’s behavior, from what I’ve seen, is not okay. It’s extremely difficult to watch that back and watch this person, who ends up in my top two, being so different than what you have seen with her on a personal level”.

On tonight’s show the woman who was give Ben’s final rose joins him for the first time in public as a couple.   They discuss the high and lows of their relationship and what the future holds for them.   It’s the emotional ending to Ben’s heartfelt journey to finally find true love.

The two women left in the running are: Courtney, 28, a model from Santa Monica, CA and Lindzi, 27 a business development manager from Seattle, WA.  How upset are you going to be if Ben picks the devilish Courtney?

RECAP: Tonight is the dramatic season finale, will Ben make the right choice? It’a all coming up tonight on the most controversial finale in Bachelor history.

Ben’s love story will come to an end in Zermatt, Switzerland and his feelings are mixed because he has fallen in love with two women, or so he says.

Ben’s sister and mother have joined him in Switzerland, he wants them to take a good hard look at the two relationships.  Ben tells them that he is thinking that he may need more time with Lindzi.

Lindzi arrives to meet with Ben’s mom and sister, they sit down for lunch and Lindzi is stressed out and keeps dropping utensils. Ben’s mom asks Lindzi what she finds so appealing about Ben and Lindzi just a whole lot of good to say about him. The conversation went well, then Lindzi moves on to his sister, Julia. She tells Lindzi that Ben needs to dig a little deeper with her. She wants some scoop on the “other girl”. Lindzi tells Ben Julia that Courtney is very different that she is, she was “shut off”. Julia thinks it is a red flag when all the other girls don’t like one girl. In the end, Lindzi got Julia and Ben’s mom stamp of approval.

It’s time for Ben’s family to meet Courtney and he is terrified of their reaction. Courtney walks in and she right away tells them that some of the girls were “judgy” of her because she is a model. Julia has a long list of things she wants to ask Courtney. She asks her why she didn’t get along with the other girls, Courtney blames the girls and tells her that she was constantly defending herself. Julia tells her that their biggest fear is trusting her.

Courtney is now with Ben’s mom, she goes on to tell her how Ben is funny and smart, she loves him and sometimes thinks it’s too good to be true.

Julia is alone with Ben, she tells him that she is shocked and Courtney is a real amazing girl, real sweet and a good addition to the family. Wow, she really put one over on them, I can’t believe that they couldn’t tell how fake she was.

Ben’s sister and mom are leaving, he has two very important dates coming up and one decision.

Ben is on his date with Lindszi, they go skiing, then lunch on a gondola. All of a sudden the gondola stops and they are suspended above the swiss alps. Lindzi tells Ben that she was really nervous meeting his family, she wants to be more open with him and wants to know if he can see “us” in his future. Ben tells her yes, he can see himself in Florida with her and kids. He tells her that he appreciates everything she is telling him, its a good thing and he is all for their relationship. Oh, he is so lying to her and I feel sorry for her.

Lindzi feels so vulnerable, it’s her final moments with him before he makes his huge decision. The two are sitting together, smooching and enjoying some wine. Lindzi tells Ben that it is hard to put herself out there, but her sense of humour has helped. She goes on to say that nobody in her life, before him, was worth letting in. Ben thanks her for opening up like he thanks and confesses to the cameras that it is really hard that he can’t tell her back that he loves her. OMG, I can’t believe what a lying piece of crap this guy is. Somebody better be there for Lindzi when Ben breaks her heart because she is going to fall really hard.

It’s time for Ben’s final date with “Evil Courtney” and she is going into this not at all worried about his connection with, as she says it, that “other girl”. Again, here comes Ben’s favorite mode of transportation, yawn, a helicopter.  They fly over the alps and Ben declares that it is one of the top ten things he has ever done in his life.  As Ben is cooking up some grub, Courtney admits that she can really trust him and it is not easy for her to trust men. (would that be because she doesn’t blink an eye to get naked with them?)

Ben tells Courtney that his mom and sister really loved her because she was really open and honest. The two make snow angels and go bob sledding. Ben admits they have had their struggles, but they are well beyond that. He finds himself confused, he has a lot on his mind.

It’s Ben and Courtney’s last moments together, she has a gift for him, it’s an album of some of the special moments they have shared and she included a love letter. Courtney feels like she is standing on cliff and waiving her arms that she is in love with him and Ben is being a bit standoffish. They begin to talk again about how Courtney treated the women and Ben is confused that it is coming up again. Courtney is reduced to tears, she says she is terrified that Ben won’t pick her in the end, but somehow, I can’t feel sorry for her, “winning”.

Ben gets a visit from famous celebrity jewelry designer, Neil Lane. Now that Ben sees the rings, he now has made up his mind on who he is going to pick.

Both women get all glammed up in gowns and capes, Courtney even topped it off with silk gloves. Ben declares that his is the best day of his life, he sees a future with this woman.

The first woman to arrive at the end of the journey with Ben is Lindzi and she is so excited that she confesses her love for him again. He admits to being nervous, he tells her that the first moment he met her he was smitten, she is everything he is looking for in a wife. He professes his love for her, BUT…..he needs those moments to last a lifetime and he found that with someone else, he’s sorry. He goes on to say that he is love with someone else and it didn’t come easy. What a freaking loser! She has her head up high, all beauty and class, he keeps mumbling “oh man, oh man” as he walks her out. She apologizes to him for not giving him what he needed, she then tells him if things don’t work out with Courtney to call her.

As Courtney’s helicopter touches down she tells herself that she’s a good person and good things happen to good people. Is she serious? I know a lot of women that would disagree with her.

Ben starts by telling Courtney that she is so pretty, she takes his breath away. He tells her that it has been an incredible journey, the ups and downs, what life is about. He goes on to tell her that it is always incredible moments when he is with her, BUT….he promised himself that he wouldn’t get down on one knee again unless he was certain it would be forever and she is his forever, he has waited a really, really long time to tell her that he is in love with her. This whole experience and journey has been worth it, every step of the way, he gets down on one knee and proposes to her. She of course sees the $$$$ signs and says YES. She loves the ring (and what it’s worth). The End.