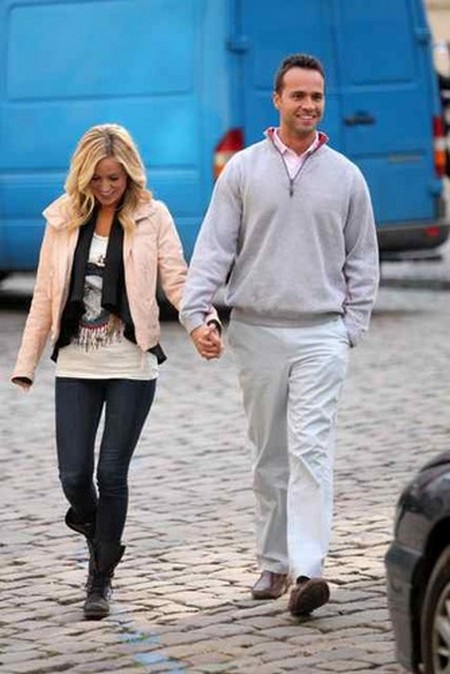 Tonight on ABC is an all new episode of The Bachelorette 2012 – Emily Maynard. Tonight Emily and her remaining 6 Bachelors head to Prague. If you missed last week’s show, we have a full and detailed recap here for you.

On last week’s episode Travis got the boot when Emily felt that they were simply friends and didn’t feel a romantic spark. Meanwhile, during the group date Chris told Emily that he wants to have a chance to fall in love with her and she gave him the group date rose.

On tonight’s seventh episode of The Bachelorette – Emily Maynard,  something is going to go down between Arie and one of the show’s producers, Cassie Lambert and we find out exactly what it is. Apparently Emily has known about this for quite some time now and she really was hoping that Arie would have approached her about it himself, but he never did.

Arie  and Jef both get a one-on-one date, but do they both go home with a rose? One thing is for sure, at the end of tonight’s episode, Emily will be down to for men who will get a home town date. If you want to read some of our fabulous spoilers for tonight’s show, you can click HERE.

RECAP:  Tonight Emily is with the final six men that will be narrowed down to four by the end of this round of dates. Host, Chris reminds the men that this is these are the final dates before they take Emily to their hometown.

Arie gets the first date card for a one-on-one with Emily; “Let’s Czech out Prague together”.  Arie is very excited and is hopeful that the date will be successful and he will be one of the lucky guys to take Emily back home with him.

Arie’s dirty little secret hits the surface, he had a brief relationship with one of the producers, Cassie Lambert. Emily is not happy that Arie didn’t tell her himself, really speaks volumes on how much he respects Emily.

On their date, Emily asks the million dollar question to Arie, has been completely honest with her.

Arie doesn’t come clean about Cassie but we find out that Emily, Arie and Cassie had a talk, but the relationship has been done a long time ago and has no reflect on Arie dating Emily. Arie apologizes to Emily and gets himself a kiss. Arie goes on to tell Emily about how much his family is going to love her just as much as he does.

John gets the next date card, it’s also a one-on-one; “In Prague, all you need is love.”

John and Emily head out on their date and they go visit the Lennon Wall where they add their own personal messages. Emily was looking forward to this date because she really wants to know if there is a connection with John. They go to a dungeon where they have dinner and John confesses that his last girlfriend cheated on him after they had been dating for a whole year.

Meanwhile, Chris is going crazy, he is tired of not getting alone time with Emily

Another date card has arrives for the men; Sean, Doug and Chris will be going on the dreaded group date, “Let’s find our happily ever after.”

Chris is so desperate to see Emily that he leaves the hotel in search of her, he finds her and confesses that he’s not happy about the group date, but he’ll do anything to spend time with her. The two share a couple of smooches and Emily is thrilled that being with her means so much to him.

Sean, Chris and Doug are all set for their group date with Emily, they head to a castle.

Emily is having problems with Doug, she feel like he’s not opening up to her; she can feel it in his body language. Emily gets the nerve just to tell Doug like it is, there is no chemistry and she releases him to go back home to his son. Doug is devastated but hopeful that one day he will find the right person.

The date continues with Chris and Sean, Sean gets some time to smooch with Emily and Chris is even more jealous and to make it worse, Emily gives the rose to Sean.

The last date is another one-on-one and it goes to Jef, “This is your last chance to pull at my heartstrings.”  The two walk down to a marionette shop, Jef scores some points when he gets a marionette for Ricki. Jef also professes his love for Emily, boy she must be overwhelmed with all this love coming from all sides.

The cocktail party is cancelled, Emily knows what she wants to do and wastes no time by going right into the Rose Ceremony.

Chris is beside himself, the guy might have a nervous breakdown before the ceremony, but really he had nothing to worry about because he gets the rose and John is eliminated.

Emily is down to four men; Arie, Chris, Sean and Jef. Next week is the home town dates, you don’t want to miss it!