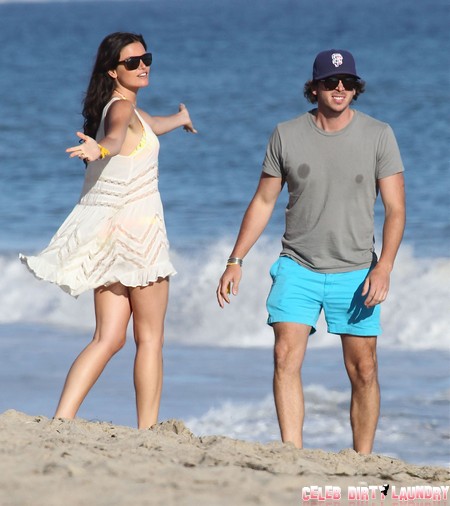 Ah, what is The Bachelor/The Bachelorette without a highly publicized break-up? Bachelor/ette statistics have proven that these TV dinner relationships do not work. In fact, these relationships last only a few weeks/months until all hell breaks loose in the tabloids. It is getting as dramatic as those rose ceremonies. In true Bachelor/ette fashion, another couple ate the crumbs of a faux engagement – Courtney Robertson and Ben Flajnik.

Robertson was spotted at the Neil Lane jewelry store in Los Angeles on Sunday afternoon to return her $80 000 engagement ring from Flajnik. According to the production rules of the show, “winners” of The Bachelor and The Bachelorette must return their rings if the relationship does not work out. See, the producers were super clever back when the show was designed – Two couples become engaged on a reality show made by the most sentimental fools this side of Britney Spears, the producers pay almost a hundred thousand dollars for the engagement rings, the relationship obviously fails and the producers take the rings back. This never-ending cycle of drama is repeated twice a calendar year, without much hassle.

Robertson might have lost out on the big prize in the end, but don’t cry any soggy tears for Robertson – she’s already moved on. According to latest reports, Robertson and Arie Luyendyk Jr. (the runner-up of this summer’s Bachelorette) were spotted enjoying an “intimate” meal on Thursday in Phoenix, Arizona. There’s no word on whether their table was adorned with roses and/or a rose motif, but we do know for a fact that Robertson and Luyendyk were spotted kissing one week after her split from Flajnik. You go girl, keeping it in the Bachelor/ette family like that! Honey Boo Boo’s family has nothing on you!

In other news, Jef Holm and Emily Maynard also became the latest statistic when their relationship soured quicker than a Lifetime movie about lemons. Hey, don’t fret readers! It’s the generation of reality television quick fixes and the fizzling sounds of fame whoring, nothing to crack your head on your keyboard about! 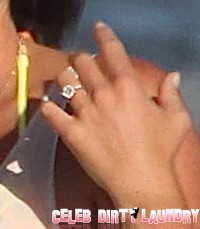