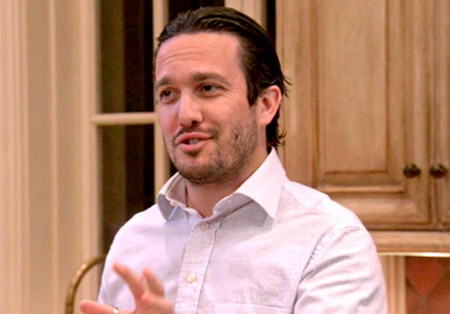 Tonight on Bravo is an all new episode of the Real Housewives of Orange County called “Lost Footage Special”. On tonight’s show we see exclusive unseen moments from this season, including more reunion drama, make-ups and shake-ups.  If you missed last week’s reunion show there is a full and detailed recap HERE for you!

On last week’s show Vicki’s relationship with Brooks took center stage when he stopped by to give the ladies a piece of his mind. When Briana joined the group, Vicki’s fidelity and Brooks’ motives were called into question as accusations against the couple arose.

On tonight’s show we see never-aired Housewife happenings including make-ups, shake-ups, and exclusive moments from the reunion.

As if the last reunion wasn’t enough, the ladies of Orange County return this week to air their lost footage. In one clip, Tamara and Slade meet up to discuss their past, and Tamara admits surprising her true feelings towards him… Will he forgive her for season’s worth of hatred?

Tonight’s episode is going to be filled with the usual Housewife drama and you won’t want to miss it, so be sure to tune in for our live coverage of the show tonight at 8 PM EST! While you wait for our recap hit the comments and let us know what you thought of “The Real Housewives of Orange County” season 7!  Also we have a sneak peek video of tonight’s show below!

Tonight’s Recap: Wow. Tonight’s lost footage starts with a bit from Slade and Vicki trying to smooth things over at the reunion. He apologizes for taking a shot at her at the comedy club and she admits that it’s small peanuts compared to her insulting him as a father globally. They also show a lot of footage of Vicki, Brooks, Slade and Gretchen all trying to mend fences somewhat successfully, on different occasions. Who knew?

Did you know that Alexis got her breast implants as a teenager? It’s something that she’s proud of and it horrifies Heather who is married to a plastic surgeon. She, by the way, has chosen Fabio from Top Chef to be the chef at her new restaurant.

So much attention was on Tamra and Eddie getting engaged but tonight they show Tamra calling her mother and Filling her in. Nice to see a very real, drama free moment make it onto camera.

Vicki absolutely hated that her daughter got married without her. I mean, aside from defending Brooks, it’s all that she has talked about.  Vicki went with Briana and Ryan to pick out wedding rings and took the opportunity to complain yet again about the situation. Vicki also took a shot at Ryan, wondering how a military guy will put a ring on her finger at all.

Each season Alexis says one really stupid thing and I think tonight we’ve finally heard it when she’s confused about what “Yama Kippore”  (Yom Kippur) is.

Alexis likes to talk about HER dress line.  She rarely mentions that her dress line is made by a particular designer named Tal.  Quite frankly, Alexis is a head spinning b**ch to this poor woman.  Alexis is ripping her apart over the website which has nothing to do with her designer.  Based on just this scene alone the ladies have been way to nice on Alexis for her lousy treatment of people.

The show ends with footage from the ladies doing a mud run.  It’s always nice to see these usually proper woman getting dirty for a good cause!