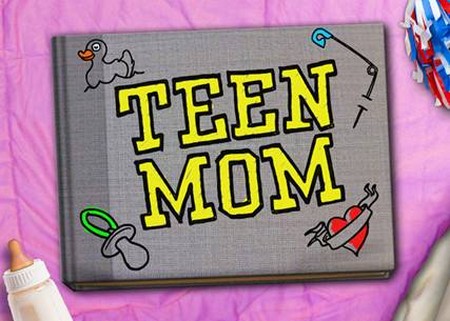 Imagine a TV teen mom getting into a squabble with Kourtney Kardashian and daring to give her advice!  Well read on folks.  It’s not all about pretty smiles and pretty rainbows. We take a look a look at what these famous TV teen moms have been up to more recently.  What happens behind closed doors, stays behind closed doors!

Farrah Abraham, mother of Sophia Laurent Abraham, has had her ups and downs since cameras stopped rolling. For Starters, Farrah and celebrity Kourtney Kardashian got into a heated argument battle over Twitter. Farrah made the comment to Kourtney via Twitter:

“I’m Shocked Kourtney Kardashian is pregnant again, Did she not learn anything from TEEN MOM? Maybe it’s a fake pregnancy like Kim’s wedding. SAD.”

And of course Kourtney fired back:  “Why would I have anything to do with teen mom? I’m 32 years old! I may look young honey, but don’t get it twisted. :)”

Since their feuding argument, Farrah has signed a contract for modeling with Beverly Hills Agency according to E! Online.

Maci Bookout, mother of Bentley Cadence Edwards, is actually doing quite well. Since her breakup with Kyle King, her boyfriend of two months, Bookout has been focusing on going to college and being the best mother for little Bentley. According to her website and fame crawler Maci has been involved in doing speaking tours about preventing unplanned pregnancies. Can we say kudos to this young mom!  Although this reminds me of Bristol Palin doing the same and preaching abstinence while she was the biggest slut around!

Catelynn Lowell, mother of Carly Elizabeth is still with her boyfriend Tyler Baltierra. The couple got evicted from their apartment in December 2010. The couple stopped paying their rent so the landlord took matters into his own hands and took the young couple to court. The couple forfeited their $450 deposit and paid an additional $450 in back rent and moved out of the apartment. Wedding bells will soon be ringing for the couple as Catelynn posted on her twitter:

Amber Portwood, mother of Leah Leann Shirley, has had her fair share of being in the media spotlight – from being in the hospital for attempted suicide, to violating her probation, and more.  This was when she went to jail for assaulting her baby daddy Gary Shirley on national television.  As of now, Amber has somewhat improved her life since the media has been showing her with a new slim body thanks to a weight loss program she’s been on.  I just pray this mother starts focusing her life for the sake of her daughter and being the best mom she can be without being the center of negative attention in the media.

Jenelle Evans, mother of Jace, has to be one teen mom who is always in the spot light.  Just recently, it was reported that the teen mom has been using LSD! This teen mom has so many troubles under her belt.  From her bad breakup with ex Keefer, to getting into a big fight with a girl that was broadcast all over You Tube. I just hope Jenelle gets her act together for the sake of her son and makes peace with her mom.  If you haven’t noticed, those two in the show are always at it, yelling and cussing at one another.

Leah Simms, mother of twin girls Aliannah Simms and Aleeah Simms has had her fair share of troubles too. One of her daughters, Aliannah has had troubles with her health, specifically her brain. That is why you see her in magazines or on TV with glasses to help with her vision.  If that wasn’t trouble enough for the young mom, she divorced the twin’s dad after he found out she cheated on him before they got married. Since then, the young mom and her daughters quickly moved on and found a new man named Jeremy Calvert.  Mom sure knows how to hook those dudes – let me guess how she does it…

The Teen Moms have had their share of troubles and are frequently in the media. No one is perfect, we each have our faults.  But it just seems that the teen moms on TV have more!  Perhaps the money and publicity are to blame?  But when it comes to being a teen mom, or a parent of any age, bringing up children kindly and responsibly is the goal.  We wish all parents the best success.