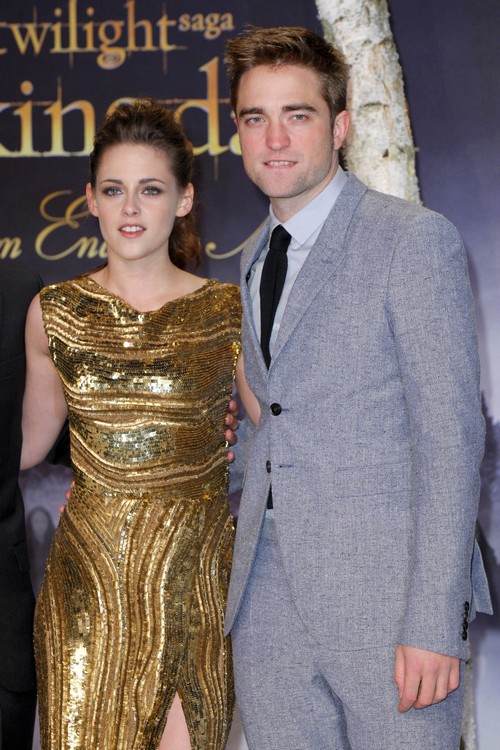 It’s the revelation that everyone has been waiting to hear. How could Kristen Stewart, the cheating trampire (I swear that name never gets old), sully her relationship to Twilight hunk and all around nice guy, Robert Pattinson? In a new interview with the LA Times, the Snow White and The Huntsman actress pretty much says it was because she was bored.

“You can fall into the habit of being comfortable. There are people that are nice to be around, but they don’t challenge you, those are not the people I wanted in my life. I want people to throw me off a little bit so I can figure out why. After I read the book (On the Road), I thought I needed to find people that I feel like I needed to chase after,” Kristen says.

So you’re saying that because you read On the Road you felt the need to become a whore? I’m not buying it. This is what I think. Rob was the ideal boyfriend, treating her like a princess and just being a dream. Kristen is a spoiled brat who felt she was above everyone and everything and couldn’t care less about the consequences of her actions. She saw a challenge, a married man, and took it. She assumed (correctly I might add) that Rob would forgive her indiscretion and that would be that.

Well, bravo Kristen. Either you’ve got something made of glitter and diamonds or you are just a master manipulator. Either way you won. Challenge accepted and mastered. Relationship in tact.

Of course, I could be way off base here and Rob could just be the biggest “rhymes with wussy” and is so insecure that he has no balls to step up or speak up. Dude, you got owned…and on the front page of every tabloid, news magazine, and website in mass circulation.

What do you think readers? Did a book make Kristen cheat or is she just an evil conniving woman who got bored? Dear Kristen, we should be BFF’s!