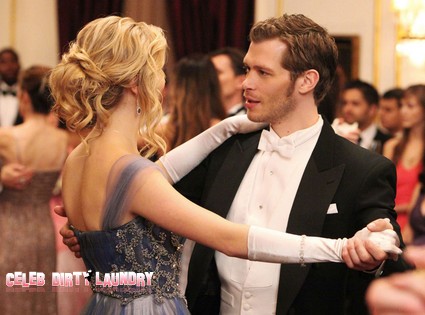 Tonight’s episode of the Vampire Diaries was really good, lots of action and we met some new characters.   A preview for The Vampire Diaries episode 13 has been released and it is called ‘ Bringing Out the Dead.’  We have a sneak peek of the episode, some spoilers and several pics from the episode for your enjoyment.  The show is skipping a week and will be back February 2nd, 2012 with the new episode.

On tonight’s episode Klaus continued his quest to get his family back while Stefan continued to defy him.  We met Bonnie’s mother, Abby this week who Bonnie hopes will be able to help her open one of the coffins.  Bonnie learns she has lost all her powers.  We learn a little more about Dr. Fell, but I think there is still more to her than meets the eye.  If you missed the episode you can read our recap here!

Bringing out the dead episode synopsis – Sheriff Forbes (Marguerite MacIntyre) delivers some disturbing news to Alaric (Matt Davis) and Elena (Nina Dobrev) about the weapon used in a recent murder.  In the Salvatore brothers’ escalating quest to kill Klaus (Jospeh Morgan), Stefan (Paul Wesley) turns to Bonnie (Kat Graham) and Abby (guest star Persia White), while Damon (Ian Somerhalder) reaches out to an old acquaintance for help in setting up an elaborate plan.  Intent on a plan of his own, Klaus hosts a strange dinner party, where he reveals another story from his family’s violent past until an unexpected guest brings the party to an end.  Meanwhile, Caroline (Candice Accola) is heartbroken when she is unable to stop a tragedy from unfolding.  Zach Roerig also stars.  Jeffrey Hunt directed the episode written by Turi Meyer & Al Septien

In the preview for this week Damon tells Stefan that they are going to negotiate a truce and they do not want his attitude to screw things up.  Damon and Elijah meet to talk. Klaus holds a dinner party this week and you know even if it starts off civilized it will probably end in violence.  We do know an uninvited visitor crashes, ending the soiree.  My guess is Elijah.  Rumor also has it that Caroline and Klaus hook up – what do you think of that?

The episode airs on the CW on February 2, 2012.  Check out the preview video & the pictures below and let us know in the comments below what you think!