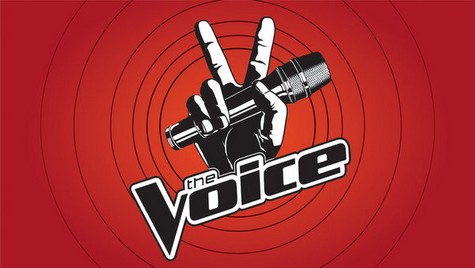 Tonight on NBC at 8PM The Voice returns with a whole new episode as the competition moves on to the Battle Round Part 3.  On tonight’s show as more artists sing head-to-head, the coaches struggle to save or steal the very best. If you missed last night’s show you can read our full and detailed recap here!

On last week’s show we had an emotional end to a night of memorable performances. The steals continued to keep the coaches on their toes, while the artists themselves were overjoyed at the prospect of getting a second chance. One of the most memorable performances of last week was by two members of Adam’s team Caitlin and Melanie.  The song’s ethereal melody they sang was an ideal showcase for both women’s talents.  By the song’s emotional climax, the crowd gives them both a standing ovation

Adam as on the hot seat but he finally chose Melanie. Immediately, Blake and CeeLo jumped in for a steal. In an instant, Caitlin’s gone from loser to chooser. She pondered both coaches, then announced her decision. She’s joinied Team CeeLo.  Did your favorites make it through last week? Hit the comments and let us know!

On tonight’s show the battles are resuming with the third night of head to head singing.  The contestants continue to perform under these high stakes circumstances against their own teammates in the hopes of winning the chance to continue on to the next Round.

Tonight’s Battle Round Part 3 is going to be an exciting one, which you won’t want to miss. So be sure to tune in for our live coverage of NBC’s The Voice – tonight at 8PM EST! While you wait for our recap, hit the comments and let us know how what you thought of last week’s premiere week of The Voice?

Tonight’s episode: Tonight the Battle Rounds continue and the vocal coaches have called in their friends, some of the biggest names in the music business.

First up tonight are Julio Cesar Castillo and Theresa Griffin meet with their coach, Blake and musical guest, Michael Buble. The song they are singing is “Conga” by Gloria Estefan. Theresa loves ballads and thinks Julio has the upper hand and decides to sit down with Blake and ask him outright why he paired the two. Blake tells her that he picked the two because he wanted a good battle. Meanwhile Julio is intimidated by Theresa, but he needs to know that he is just as talented.

Judges Comments: Chistina is speechless for the first time, Cee Lo thought it was cool and he enjoyed it, especially how enthusiastic Theresa was. Adam tells Blake he has outdone himself even though it was odd, he would pick Julio.

Blake has to decide who he is going to take forward on his team, he chooses Julio. Cee-Lo steals Theresa, she is back in the game.

Dez Duron and Paulina are next to battle it, but first they meet with Christina and musical guest, Billy Joe Armstrong. The song that Christina picked for them to sing is, “Just The Way You Are”.

Dez finds the song a challenge, Christina thinks he is over singing it. Dez is a rehearsed vocalist and Christina hopes he can bring it on stage. Paulina is doing her own thing and Christina wants to make sure that she can hear the words, she needs to stay on pitch.

Judges Comments: Cee Lo thinks Dez was the total package, even though he really likes Paulina. Adam felt that both performances were inconsistent, but he would pick Dez. Blake thinks it is amazing how far Dez has come in the year and his experience is why he won this battle.

Time for Christina to pick who she wants to move forward, she picks Dez. None of the other judges choose to steal Paulina.

Adam is ready to meet with his two artists, Benji and Sam James who will meet musical guest, Mary J Blige. Adam picks a song by Bon Jovi, “You Give Love A Bad Name”. Adam choose the song because he loves when Benji roars, but he doesn’t want to hear it all the time. Sam is out of his comfort range and needs to balance it out if he’s going to win.

Judges Comments: Blake thought Sam did his thing and Benji explored his range, he gives it to Benji. Christina thinks Benji has an Adam thing going on in his voice, she loves Sam’s confidence, but she gives it to Benji. Cee Lo thinks he had a greater range and he explored, he was the clear lead.

Adam has to make his choice, he tells Benji that he has one of the best screams that he has ever heard but there is a lack of control. Adam chooses Sam as the winner of this battle. Shockingly, none of the other judges choose to steal Benji.

Nicholas David and Todd Kessler are up next and they joke that Cee Lo choose them because they both have beards. Musical guest, Rob Thomas is sitting in to help mentor. Cee Lo has choosen “She’s Gone” by Hall & Oates for Nicholas and Todd to sing because of their souls. Nicholas sits down with Cee Lo and Rob, he tells them it is hard to compete against Todd because he likes and respects him. Meanwhile, Todd knows he needs to find that place where he can shine brighter than Nicholas.

Judges Comments: Adam thought it was awesome, he loved their voices together. Blake thought Todd had a great voice and is in the upper percentile, while Nicholas is amazing and looks like Jesus. Christina thought Todd was great, but she loved Nicholas’ style. Cee Lo thinks Nicholas moves him in a certain way and he appreciates Todd in the same way.

Cee Lo has to make a decision, he picks St. Nicholas. Another shocker, the judges don’t steal him.

Blake is back with Michael Buble and he has to choosen for Lilia Broussard and Suzanna Choffel to battle it out against each other. Blake chooses the song “Dog Days Are Over” by Florence and the Machine. Suzanna was insecure about the rehearsal, Blake tells her to just leave the teacher behind and she will be fine.

Judges Comments: Christina thought it was beautiful, it was a great pairing and a great match. Cee Lo thinks they both to deserve to be there and both have talent. Adam regrets not having Suzanna on his team and therefore has to go with her tonight. Blake has a tough choice ahead of him.

It’s time for Blake to choose, he chooses Suzanna and Lilia heads home.

Christina chooses a song that is strong, “Best Thing I Ever Had”  for her next two artists, Joselyn Rivera and Sylvia Yacoub. Muscial guest Billy Joe Armstrong thinks Joselyn has to find her own volume and she could lose it if she tries to overcompensate for having a softer voice. Sylvia Yacoub needs to stay mature within the song, Christina wants to make sure it is not over done and sloppy.

Judges Comments: Cee Lo was really impressed with both women. Adam thought it was so great, there were so many notes, if had to choose it would be Joselyn. Blake thinks Sylvia sings with “I’ll kick your ass” and Joselyn sings with that smile. Cee Lo adds in that he would have picked Sylvia. Christina thinks Joselyn had a little “deer in the headlights” and Sylvia was on fire.

It’s time for Christina to pick who is moving on with her team, she picks Sylvia. Adam and Blake both steal Joselyn, it’s now up to her on whose team she wants to be on, she chooses Team Adam and breaks Blake’s heart.