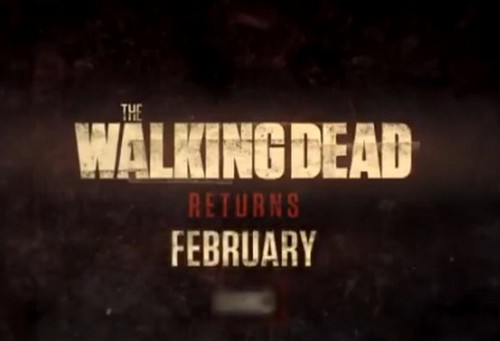 Last night was another amazing episode of THE WALKING DEAD, did you see it? If you missed any of it, you can read our full and detailed recap HERE.

The fight in the Governor’s apartment tonight was worth the whole show; the piece of glass in the Governor’s eye, Michonne killing his zombie daughter and those gruesome fish tanks crashing and let’s not forget the look on Andrea’s face when she sees her boyfriend’s collection of severed heads, what an episode!

Then there was Rick and his team of four storming a heavily armed town of Woodbury to save Maggie and Beth, not to mention Carl, just a kid, in charge of a prison – every moment was epic.  Now where did they leave us? Wondering what is going to happen to Merle and Daryl as they were left standing in the zombie arena with Woodbury’s residents screaming to kill them.

Spoiler alert: If you’re one of those people who doesn’t like spoilers, stop reading now! We have some juicy spoilers for you about the season 3 episode 9 of AMC’s “The Walking Dead.”

On the next episode, Sunday, February 10th at 9pm ET (yeah, we have to wait that long), Andrea is in the arena and she recognizes Daryl, when she pleads with the Governor to save his life because he is her friend, he tells her that it is not up to him anymore.

Woodbury town folk will not be as quiet as they used to be in the second half of season three and Andrea will want to go and see her old friends. The Governor will questioning Andrea’s loyalty and we do see him doing what we all knew was going to happen sooner or later, he attacks the prison.

The Dixon brother reunion may be short lived, if the town of Woodbury has anything to say about it. Rumour has it that Merle makes it to the prison, but who knows what will happen to Daryl.

Love is in the air and why not when Maggie and Glenn are continuously getting it on in the middle of the zombie apocalypse. But this time, It will be Carl’s turn when he gets a kiss from Beth.

We are left with three groups, the likely outcome will be that the two that are in the prison join each other in the fight against the Governor and his people of Woodbury, good versus evil if you ask me. But first, the new group is going to ponder the idea of taking over the kid (Carl) the woman (Lori) and the one legged man (Hershel) – they don’t know what they are in for, do they? Carl can deal that whole group a big load of butt kicking all by himself.

Don’t forget to come right back here to Celeb Dirty Laundry this February for our full and detailed recap when the show returns for the second half of its third season. In other Walking Dead news, The Talking Dead will begin airing for one full hour in February instead of a half hour, see you then!