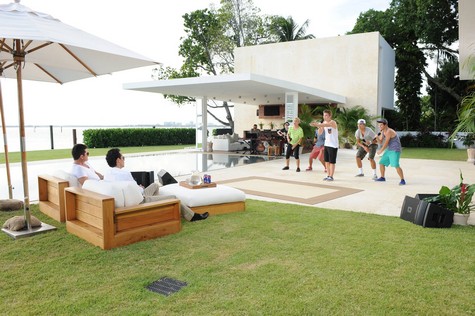 Tonight on FOX is an all new episode of The X Factor USA.  Tonight it is “Judges’ Homes #2” as the 24 acts that made it to the “Judges’ Homes” round will continue vying for their spot on the live shows.  Did you see last night’s episode?  We did and we recapped it here for you!

The acts that made it to the judges’ homes were: (Young Adults) Cece Frey, Willie Jones, Jennel Garcia, Nick Youngerman, Paige Thomas and Jillian Jensen; (Over 25) Jason Brock, Darryl Black, David Correy, Tara Simon, Tate Stevens and Vino Alan.  (Teens) Beatrice Miller, James Tanner, Carly Rose Sonenclare, Diamond White, Reed Deming and Arin Ray.  (Groups) Sister-C, Dope Crisis, and Emblem3. A super group was formed and named Lylas.  We have a performance review here for you if you want to see how the first night of the judges homes went.

On tonight’s show the 24 acts that made it to the “Judges’ Homes” round will continue vying for their spot on the live shows. With everything on the line, the contestants will have to perform well enough to convince their judge and guest mentor that they deserve one of the coveted spots in each judge’s final category. On next week’s show the judges will each reveal which four acts continue and which two acts are eliminated.

Who was your favorite of last night? Let us know in the comments below who you would like to see make it through to the live rounds of the competition.

Stay tuned to Celeb Dirty Laundry for a full live recap of tonight’s episode. We will keep you up to date on all X-Factor news, reviews and spoilers and make sure to check back here regularly for more information on your favorite television shows! So don’t forget to come back to this spot at 8PM for our live recap of The X Factor USA Season 2 Episode 9 Judges’ Home Round recap at 8PM EST!

Tonight’s episode: Tonight the over 25’s battle it out for L.A. Reid and special guest Justin Bieber and his manager Scooter Braun at L.A. Reid’s home in Beverly Hills.

Jason Brock is first to perform, L.A. thought it was as strong vocal performance but Justin tells him that it’s not just about that.

David Correy is up next  and he’s been waiting for this moment his whole life, L.A. Reid thought that some notes were giving him chills, Justin thinks he did great and has the look, Scooter thought he had passion.

Darryl Black performs and put his heart and soul in it, Scooter thinks he has a special  voice, L.A. Reid didn’t think his voice was special, Justin did.

Tate Stevens Sang his country heart out, Scooter thinks there is something troot for in him, Justin thought he was charismatic, L.A. Reid doesn’t think he is work five million dollars.

Vino Alan knows this is the most important performance of his live and is ready to bring it. Scooter thinks Vino was petrified, Justin felt it and L.A. Reid felt his soul.

Tara Simon is ready to make L.A. Reid a lot of money and she’s going to prove it to him today. Scooter thinks she has a big voice, Justin thinks she needs to show off her sweeter side more, L.A. Reid doesn’t know who his favourite is.

We are now at Britney Spears Malibu home with special guest Will.i.am where the teens are going to battle it out.

Diamond White is first to perform, she is really proud of herself and can’t believe she is there.  Will.i.am thinks she sings amazing but thinks about her moves to much, Britney thinks she has to work more on her stage performance.

Reed Deming is up next and today’s performance is very important to him so he can take it up to the next notch.  Britney thinks he was nervous and could have performed better. Will.i.a, thinks he needs to put his speaking into his performance.

Rocker James Tanner hopes he can do enough. Britney thought he was entertaining, but doesn’t think it was strong enough.

Arin Ray was in the live shows last year in a group, it means the world to him that he has a second chance. Will.i.am thought he had something, but needs to work on it, Britney agrees that he has to work on his vocals, but she really likes him.

Beatrice Miller has been working on this moment her whole life and knows she really has to do well. Will.i.am thought that was the right song for, Britney thinks she needs to control her voice more.

Next week the judges will reveal who made it to the finals, they can only take four people through.