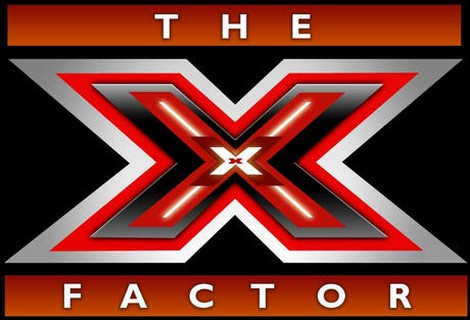 The final week of The X-Factor auditions are busy airing this week and Celeb Dirty Laundry is bringing you a full performance review of all of the successful auditions. Last night was ravaged by less than stellar and overhyped auditions, but we were fortunately treated to a 15-year-old with a powerful voice and an emotionally charged Brazilian. The night was lackluster, mundane and had some of the worst successful auditions we have ever witnessed on The X-Factor USA. Read below for a full performance review of the night.

The 15-year-old Dinah Jane Hansen was the first contestant of the night with her rendition of “If I Were A Boy” by Beyonce. This first time try-out achieved the impossible – she surpassed the vocal ability of one of the most intricate female vocalists in the current music industry. Her opening was subdued, gentile and controlled, but when Dinah hit the famous Beyonce chorus, the arena exploded. Her voice was larger than life and filled with a warm vibrato near the upper register. Dinah is a natural born talent and we’re giving her 4 out of 4 for her exquisite performance.

Arin Ray, an ex-member of the defunct group inTENsity (remember them from last year?) was the second official contestant of the night, with an original song called “Count On Me”. The song was labored with strong R&B undercurrents and Arin’s voice was completely off pitch during the clichéd opening. We’re still not sure how all four judges gave Arin a yes, as we felt cheated and annoyed with his amateurish performance. The originality wasn’t really too original – Arin sounded like an Usher/Trey Songz love child with off-pitch vocals. We’re giving Arin a 1 out of 4 for his horrific and overhyped audition.

The 16-year-old Austin Corini did a rendition of “Wanted” by Hunter Hayes. The blue-eyed boy wonder from North Carolina resembled a 90’s boy band with his peroxide botch job, but he strangely held his own on that stage. His vocals were very Disney-kid-going-to-be-famous and the phrasing was slightly off, but what Austin lacked in vocals, he made up for in stage presence. Austin wasn’t horrible, but he was a bit like a Glee club kid who watched too much Glee. In the end, all four judges gave him a yes. We’re giving Austin an unfortunate 2 out of 4.

Nick Youngerman was the first rapper of the night with his rendition of “Ice Ice Baby” by Vanilla Ice. What do you want us to say? He was brilliant? He was the best rapper we’ve ever seen take the X-Factor stage? Yes, we’ll give him the benefit of the doubt, but for crying out loud! Britney Spears was dancing like a crazy person and he made it through. Yay. Do you hear the sarcasm in our tone? The judges gave him a yes, but we’re not even going to bother.

The Brazilian born David Correy was the first interesting contestant of the night with his rendition of “Just The Way You Are” by Bruno Mars. We like contestants who do not fit the mould and David, with his awesome amount of tattoos, fits perfectly with our preconceived idea of what an X-Factor star should look like, even though said star looks like a Bruno Mars replica. David’s voice came around the corner and punched us in the boobs. It didn’t fit with his look, which made the performance even more memorable. Britney, you weren’t the only one crying. His radio-tone made way for a lovely vibrato and enchanting upper register “crying” notes. Bruno Mars, you just got owned. The judges obviously gave him 4 out of 4. We’re agreeing and handing David 4 out of 4 with a badge for “most real performance of the season”.

The much anticipated Sophie Simmons (Gene Simmons’ daughter) took to the stage with her rendition of “Make You Feel My Love” by Adele. Her vocals were affected, guttural and too musical theatre. There was not a single iota of emotion in her performance. She came across as an old fashioned vocalist with an over-practiced voice. It was rehearsed, cold and too controlled. L.A. Reid said no, but the other three judges gave Sophie a yes and pushed her through to the next round. We’re agreeing with L.A. and giving her a 1 out of 4 for her affected performance.

Tara Simon was the penultimate contestant of the night with her rendition of “Without You” by David Guetta Feat. Usher. The opening verses were slow, off-pitch and farcical. (What was “without yohhhhh?)” We feel really, really terrible for saying this out loud, but Tara was a show-off. Her performance was contrived, heavy-handed and silly. She had more vocal runs than Brooklax and most of those runs sorely missed the pitch mark. Tara, didn’t they teach you at vocal school that an attempt at a G-note run near the end of a song is as clichéd as using the word “heart” in poetry? This was, in our opinion, the worst audition of the night. All four judges voted yes. We’re giving her 0 out of 4.

The final contestant of the night was Daryl Black with his rearranged rendition of “Stereo Hearts” by Gym Class Heroes. His arrangement of the song was really cool and he held his own with the vibrato infused vocals. The rearranged melody lacked some emotion and Daryl came across as a Broadway musical actor, but it was by far better than most of the auditions of the night. The judges gave him 4 out of 4. We’re giving him a sufficient 3 out of 4.

How did you feel last night? Were you also left out in the cold downpour of X-Factor tediousness? Would you have given these contestants these ratings? Who was your favourite? Let us know in the comments below and remember, stay tuned to Celeb Dirty Laundry for all of your X-Factor news, reviews, spoilers and full performance recaps.