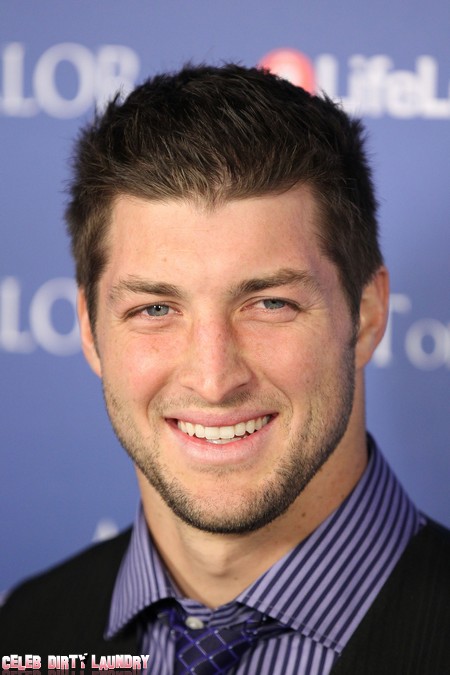 Tim Tebow is gone from Denver and off to New York but Jet’s players are divided on their opinions of the trade.  Some players are saying that Tebow is way overrated and seem to resent his unmerited rise to fame.  Others feel that he is a good guy with serious potential who could help the team as a backup to Mark Sanchez.

One thing for certain is that being stationed in the Big Apple will propel Tebow to even greater celebrity.  The media will be eating this guy up even if his teammates don’t!  We knew that it was all over but the crying for Tebow in Denver when the Bronco’s bought Peyton Manning.

Katy Perry already made her play for the religious fanatic… and failed miserably.  How many more celebs will try snag Tebow and be the one to end his virginity.  Who will be the winner?  We know Tebow will be the loser in that deal…

TMZ Has The Exclusive:  Tim Tebow‘s impending arrival to the NY Jets came as a complete shock to several members of the organization … and TMZ has learned the news has already created a rift between the players.

Sources connected to the Jets tell TMZ … a bunch of players were working out in the gym at the Jets training facility when the news broke that Tebow had been traded.   We’re told several players got into a pretty heated conversation about the move … with multiple Jets complaining he’s “overrated.”

But Tebow DOES have supporters … we’re told multiple players argued that he’s a good guy with real potential … and will be a good backup for Mark Sanchez.   As one player put it, “If nothing else, he will make us a more holy squad.”

What do you think of the Tebow trade.  Let us know in the comments below.