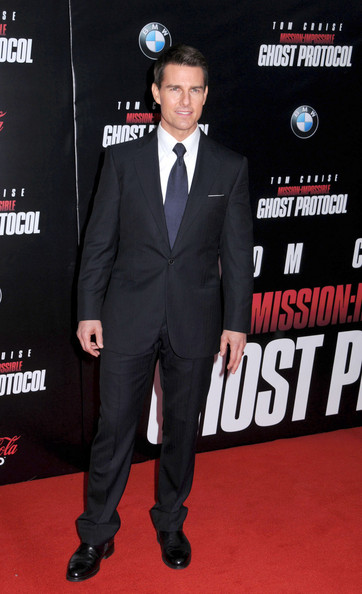 Tom Cruise has finally decided that he will fight against Katie Holmes and his first attack; he is accusing Katie of playing with the media for her own personal advantage in this divorce war.

According to our source, Bret Fields, a lawyer of Tom Cruise has announced that Tom is going to counter sue his soon to be ex-wife and is now getting ready to legally fight Katie Holmes, “We are letting the other side play the media until they wear everyone out and then we’ll have something to say. It’s not Tom’s style to do this publicly. He is really sad about what’s happening.” I don’t know if Tom is truly sad about what’s happening, if he really did love his child as much as he says he does wouldn’t he have given up being a Scientologist for his child and wife?

Nothing is official on whether Tom wants full or joint custody. As far as money goes, Tom’s not sweating because he has a pre-nuptial agreement that protects his $234million dollar fortune from Katie. Wow, what does that say about the guy when his wife is obviously not leaving him for the money? Three times a charm for Tom, with Katie, Mimi Rogers and Nicole Kidman having now all left the “Top Gun”.

Our source went on to say that Tom didn’t realize the move Katie was going to make with Suri in demanding sole custody and this shows just how mean his soon-to-be ex-wife really is behind the scenes. Jonathan Wolfe, Katie’s lawyer, had this to say in her defense, “This is a personal and private matter for Katie and her family. Katie’s primary concern remains, as it always has been, her daughter’s best interest.”

Film companies are now backing Tom Cruise, Paramount said today that “Tom is a huge movie star for the right reason; he’s a very talented actor whose movies have entertained millions of fans. His ability to make a great movie… is the thing moviegoers remember.”  “Cha-Ching”, you know they are only thinking about the money.

To be honest I don’t want Tom Cruise to win this divorce battle because he doesn’t seem as sincere as Katie Holmes. On the another hand, the last movie I saw that Tom Cruise actually was good in was Tropic Thunder and there really hasn’t been a film after that in my opinion; he’s just not as big a superstar as Paramount is making him out to be, he better hold on to that $234 million, really tight!