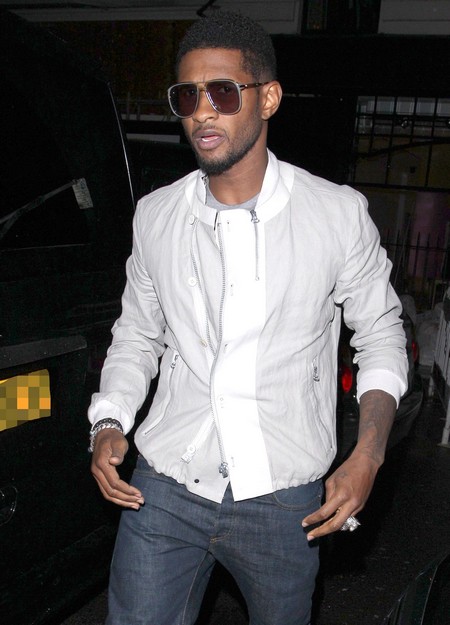 Now look at this, Usher has just signed a deal to portray Sugar Ray Leonard in a movie. Why is it that all singers think that they can act, this bobocito has not even been in a commercial has he? Lord give me strength!

Anyway he is set to star in the movie with no less than Robert DeNiro playing Sugar Ray’s trainer Ray Arcel. Now if you are in a movie with Robert DeNiro you better bring it because he can definitely carry a whole movie on his own. When Usher was asked did he feel intimidated with his co-star he said, “Not at all there’s respect“. Um… I think he should be a little intimidated.

Then he goes on to say that he’s hoping to get an Oscar out of the deal and comparing himself to Jennifer Hudson that received an Academy Award for her role in “Dreamgirls“, but bobocito she sang in that movie – you’re not singing in this one you have to rely on ACTING. Delusions of grandeur, big sigh!

Well I guess maybe he is a little less stressed and can concentrate on a movie since he gave his ex-wife Tameka her eviction notice last month Ooops! Did I say that Meow! Talk about a toxic relationship! I am sure he’ll be fine in this movie he just needs to bone up on a couple of acting classes that’s all. Good Luck!  Maybe they can make it into a musical…