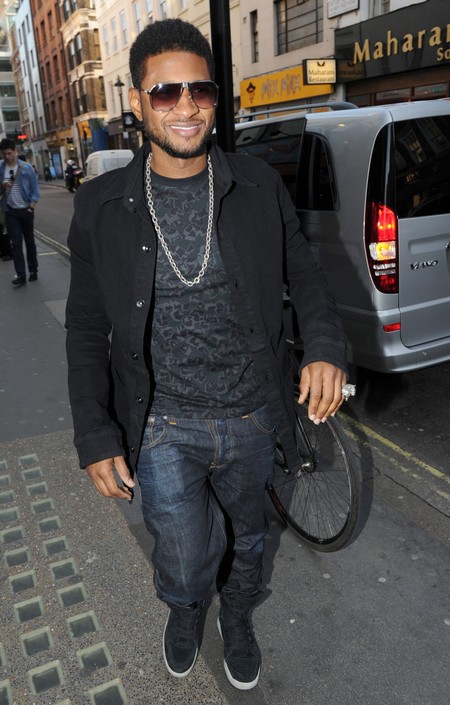 The presidential election may be over but there is still some controversy brewing. On Nov 6 Usher Raymond was in his hometown of Atlanta, Ga casting his ballot and also ruffling a few feathers.

Usher went to his voting location in the Atlanta suburb of Roswell and was promptly escorted to the front of the line. He was seen taking photos of himself voting, given permission by the poll manager. In Georgia it is illegal to take pictures in a polling place unless given permission by a poll manager. Many people who had been in line to vote before Usher’s arrival were very infuriated at the R&B singer’s preferential treatment.

WSBTV is reporting that a statement went out to Fulton county officials letting them know Usher intended to show up in person to vote. The website published part of the statement saying “Poll Manager Frank Padula was directed to ensure that Mr. Raymond’s presence would not become a distraction by taking necessary measures to move Mr. Raymond through the process as expeditiously as possible. At no point was this decision made for preferential treatment, but to minimize and avoid a distraction at the poll.”

I am going to agree with the voters. The voting lines were long and regardless of Usher’s status in Atlanta (or the music world) he should have to wait in line like everyone else. As for the picture taking, I think Usher is trying desperately to make some kind of point. Whenever someone is showing off they are hiding insecurity. Jennifer Aniston does it with her breasts, Kim Kardashian does it with her butt, and now Usher has joined the club of show offs. I guess showcasing his abs and underwear isn’t doing it for his audience anymore. He needs a new gimmick.

I didn’t hear about other Atlanta celebrities getting preferential treatment at the polls. Not even the press hungry, struggling to stay relevant ex-Atlanta housewife Sheree Whitfield was looking for voting attention. Usher should have voted by absentee ballot if his presence was going to be such a hassle at the polling place. If he really wanted to make a statement he should have waited in line like everyone else.