Was A Doctor Responsible For What Caused Whitney Houston’s Death 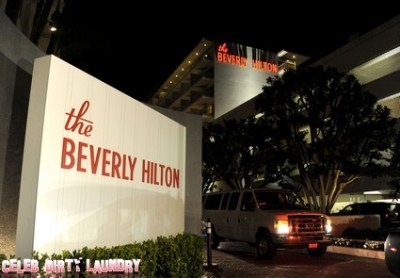 It looks very much like a fatal combination of Xanax prescribed by a medical doctor and alcohol led to Whitney Houston‘s horrible death. Whitney was found unconscious with her face underwater in the bathtub – most likely she was too heavily sedated to realize that she was drowning. Prescription drugs including Xanax were found by police in Whitney’s suite at the Beverly Hilton. Whitney was taking Xanax and had been heavily drinking the night before she died – and the two chemicals make a deadly combination. Why was Whitney prescribed Xanax when she is a known drug addict and which irresponsible Doctor is to blame?

Family members told TMZ that Whitney had a prescription for Xanax – and while the drug is commonly used to treat anxiety and depression, it is also a well-known drug of abuse and contraindicated for people with substance abuse issues. Xanax should never be prescribed for drug addicts like Whitney and any doctor would know this. Of course doctors can be bought who will ignore a patient’s well-being for money – just look at the example of Propofol, Dr. Conrad Murray and Michael Jackson.
More: Conrad Murray Violated His Medical Oath And Put Michael Jackson At Risk:

The autopsy on the body of Whitney Houston will be performed today by the Los Angeles County Coroner. Results are not expected to be released until toxicology reports are in. While the cause of death will remain officially unknown until the coroner releases their finding it looks increasingly as though Whitney may have fallen asleep or lapsed into unconsciousness in the bathtub and drowned.

More details are emerging about her final days. The one time superstar appeared to be on a downward spiral and was partying very hard. The night before her death she’d been drinking heavily with a group of friends at the bar in the Beverly Hilton hotel. Best guess is that the combination of alcohol and Xanax as well as exhaustion from so much recent partying (as well as years of crack addiction) caused such severe sedation that Whitney drowned in her own bath.

Will the coroner find that Whitney’s death was due to her taking prescription drugs – Xanax – that she should never of had in the first place? Will the doctor who prescribed them be charged with murder? Should a doctor turn a blind eye and provide an alcoholic crack addict – someone just like Whitney was – with Xanax?