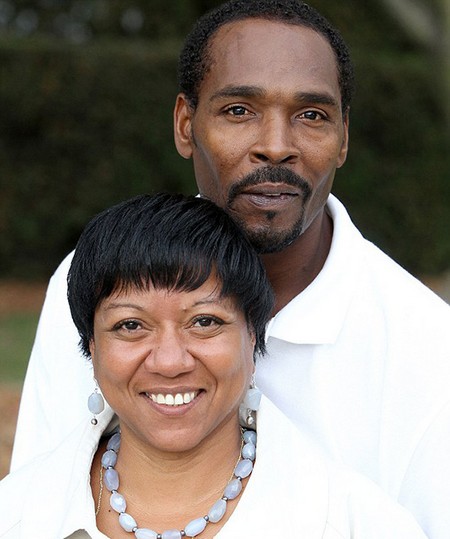 Rodney King was found dead yesterday by his fiancee, Cynthia Kelley. She allegedly said that she awoke when Rodney was banging on the window on Sunday at 5:00 A.M. and afterwards heard him fall into the pool – where he then died from an apparent drowning.

Reports from TMZ say that two of Rodney King’s close friends don’t believe that his fiancee is telling the truth of what happened the day of his death and they have approached the police about their suspicions as well.

It appears that Cynthia is telling the story leading up to Rodney’s death many times over with different versions; she alters the story every time she tells it, I can see how this would definitely make people think she was lying.

Apparently Cynthia also said that Rodney was drinking and smoking weed before the accident happened; if you knew this and heard him fall into the pool wouldn’t you have had some sort of concern? Wouldn’t you have gone out to see if he was alright? It doesn’t make sense that she knew he was both possibly drunk and high and then didn’t even think of checking if he was okay.

Maybe these close friends of Rodney’s are right, there’s more to the incident than what meets the eye because he still has the money from the lawsuit settlement and money sometimes makes people do crazy things. Is it possible that Rodney’s demise was all about money?