Was Tupac Shakur Homophobic: And What Slur Did He Throw At Dr. Dre? 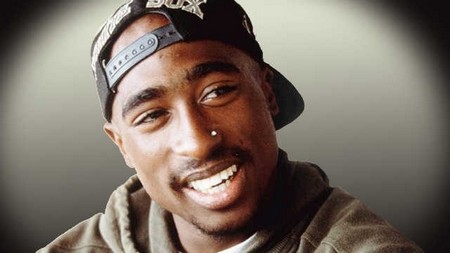 Was Tupac Shakur homophobic and if so, then what slur did he hurl at Dr. Dre?  According his family Tupac was no homophobe! Family members of the hologram formally known as Tupac wants to set the record straight after hearing Suge Knight say Tupac cut ties with fellow rapper, Dr. Dre, because he found out he was gay.

TMZ reports, “the Shakur family feels very strongly that Suge’s claims are totally false … and point to his friendship with the famous designer Gianni Versace, who was an openly gay man.” Tupac even modeled for Versace in a fashion show back 1996.

Suge demonstrated he still needs his fallen friend to make himself relevant when he appeared on the Howard Stern radio show reliving his golden days in the 90s like he’s Kirk Cameron…strangely enough, another star famous for homophobic conversations. He outed Dr. Dre as a homosexual and said Tupac did the same in a Death Row Records meeting room, “Tupac stood up and said, I’m tired of this.  Dre, you’s a f—-t. You’re a homosexual.”  Suge goes on to tell Stern that 95% of rappers are “closet cases”.

Already I am wary of this story. Can you picture a gangster rapper using the word, “homosexual” now or back in the mid 90s? Ya, me neither. Hip hop isn’t exactly known for its sexual tolerance. But maybe we should applaud Suge for his delicate memories though he uses other choice words to describe homosexuality in the interview.

But I think Suge is just harboring hard feeling against Dr. Dre who he claims went to his parole officer to “snitch” on him.

Time has softened Suge Knight, hasn’t it? Have you ever seen the Tupac and Biggie documentary? That sh*t is scary. But now, instead of busting caps in asses when Suge has a beef he outs fellow rap producers on radio shows. Oh, how the mighty have fallen!