Watch Out Erin Andrews! Your Boyfriend Chase Crawford May Have Eyes For Elizabeth Hurley 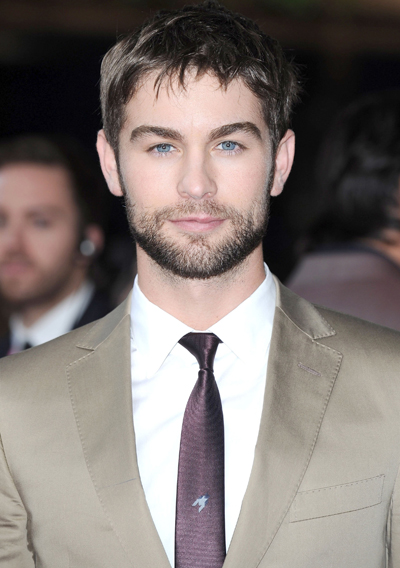 Gossip Girl star Chace Crawford is no stranger to making out with older women. His character on the CW TV show has been having dalliances with cougars since the first season. But, in a case of life imitating art, it seems that the 26-year-old actor likes older women too!

According to Hollywood Life, Chace’s character, Nate Archibald, will be single for the beginning of the final season but probably not for long.

“I don’t know. I don’t even think the writers know yet,” he said when asked who his next on-screen girlfriend might be. “But you wouldn’t have to twist my arm to get Liz Hurley back on the show.”

While Chace has been reportedly dating 34-year-old ESPN reporter Erin Andrews in real life for the last few months, he and Liz, 46, certainly shared plenty of passionate kisses while filming the scenes together during the past year! Could they have chemistry off-screen as well? Perhaps Erin better watch out!