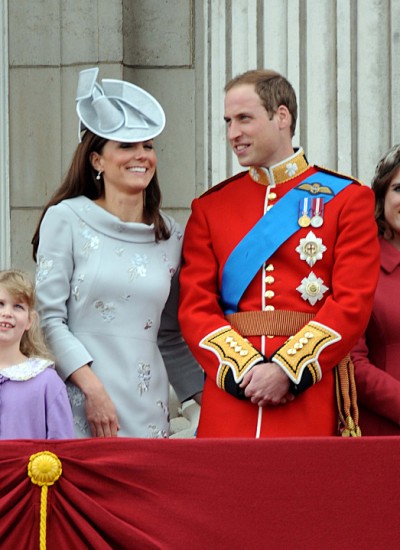 For his 30th birthday Prince William has fifteen million reasons to celebrate. The Duke of Cambridge is inheriting $15 million from Princess Diana’s estate.

Diana left roughly $30 million for her sons to split when they turned 30 – including a large chunk from her divorce settlement. But don’t expect Wills to fly to Vegas and blow it all on strippers and craps (although that would be a gossip lover’s dream), instead the palace confirmed, “He’ll be spending it in a low-key private fashion.”

Kate Middleton may not be able to compete with that huge wad of cash but she must think the roast and murder mystery party she’s planning for his closest friends will have a richer sentimental value.

For weeks now the duchess has been hard at work planning the soiree along with mother, Carol Middleton, and little sister, Pippa Middleton. “She wants to make a roast dinner for 25 of his closest friends,” a source told Now magazine. “After dinner, she wants to kick off the party with a murder mystery game, which she knows he’ll enjoy. Although there’ll be a fair few of his friends attending, it’ll still be a romantic evening for them as he’ll know that this is her way of showing him how much she loves him.”

Kate recently told a bunch of ankle-biting campers that William spoils her so I’m sure she’s looking forward to this opportunity to return the favor. I once heard that turning 30 is harder than turning 40, so if that’s true, William may need the attention from his cute wife and friends to help him through the life event. If that doesn’t placate him, I’m sure he can wipe his tears away with all his new money!

Will’s big day isn’t until tomorrow, but I thought I’d get the party started a little early and drag up some of my favorite pics of the polo-loving, Lupo-kissing stud. Do you think he’s aging well? Ya, the hair’s getting thinner, but I’d take him home! Enjoy!