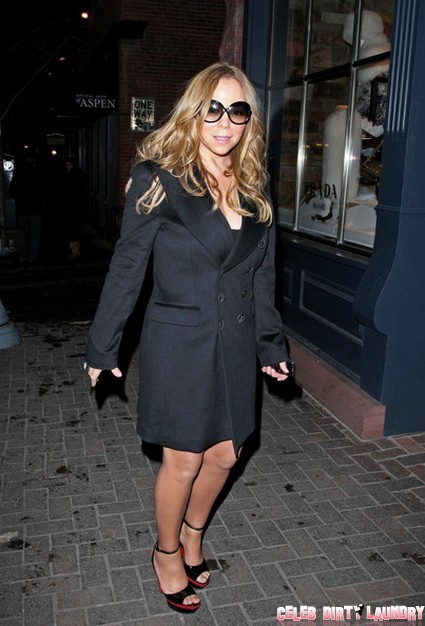 Rumors have been circulating for weeks now that Nicole Scherzinger was going to be replaced as a judge on The X Factor USA.  Originally it was said that Simon Cowell was considering switching Nicole for Destiny’s Child singer Kelly Rowland.   The next rumor was that Nicole was going to leave because she was not comfortable with judging or seeing contestants being eliminated.

Rumor now has it that Mariah Carey heard that Nicole may leave as a judge she jumped in and told Simon she would be willing to take her place.  Insiders reveal that secret talks have already begun.

A close source divulged, “Mariah dragged her feet for a while about appearing on the show,  but now she’s ready for her grand entrance.  She wants to be a judge and she is in secret talks with Simon Cowell.  The two are good friends and she promised to help pull in monster ratings this coming season.”

Season one of The X Factor USA saw Simon’s new show,  not do as well as hoped in the ratings.  Mariah Carey certainly has the star power to pull the ratings up.  What do you think would Mariah be a better fit for the X Factor USA than Nicole?  Sound out in the comments below!