Will The Real Jackson Family Please Stand Up? 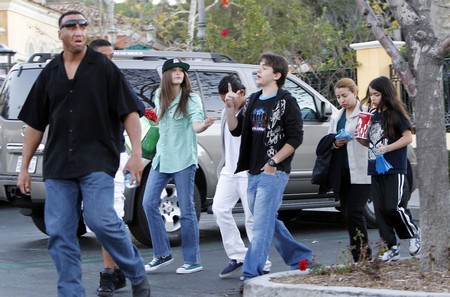 When Michael Jackson passed, the Jackson family put on a sincere public show of sympathy and support for Michael’s children, Paris, Prince, and Blanket. There were several events that they attended as a family in which they displayed compassion and unity. Now fast forward just a few short years later, and Paris Jackson and Prince Michael tweets and text portray a different story.

There appears to be something lost in translation between what we actually saw then and what is playing out before the public right now.   The family is very much divided in their support for each other.  Just out of curiosity, how could it go from the compassionate displays between the Jacksons and MJ’s kids that were seen around the world to the current threats and antagonism?

Is there hypocrisy on the part of the aunts and uncles or is this just a group of selfish people thinking about their own interests?  Perhaps we will never know the answers to these questions.  However, we do know that the situation has become volatile with the fist fights, threats, and public showdowns.  The Jackson family feud centers around Michael’s estate, which is worth many millions and probably billions over time.  The love of money is the root of all evil, but can it be that the Jackson family might have another agenda?

Do you think perhaps there might be some disciplinary issues at play in the situation?   As Gladys Knight alluded to on the Talk, there might be some respect for authority that might need to be addressed.   Maybe, just maybe, their pursuit of fame has caused them to lose perspective of what really matters, which is the fact that Paris, Prince, and Blanket need consistent compassion and support.  Do you agree or do you have another theory on the Jackson family?  Let’s hear it!