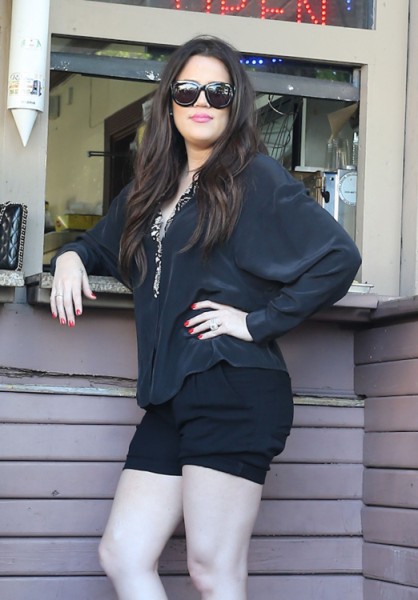 See American Idol? You aren’t the only reality singing show with hosts that hate each other! Move over Mariah Carey and Nicki Minaj! You’ve got nothing on A.C. Slater and the big girl on Keeping Up with the Kardashians.

“The show hasn’t even started taping yet and the knives are out!” a network insider told the National Enquirer. “Mario thinks Khloe is an airhead, and she thinks he’s a musclebound stuffed shirt. They’re already vying for the spotlight, and the real competition is going to be which one will be the bigger pain in the butt for ‘X Factor’ brass when production starts. They both demanded exactly the same amount of air time, a completely even distribution of promotional commitments, the same dressing room trailers and the same down-to-the-penny wardrobe, hair and makeup budgets. Mario even tried to get approval of Khloe’s wardrobe because he’s terrified her cleavage is going to detract from his muscles! Meanwhile, Mario is all about business. Plus, he always has to be the bigger star, so it infuriates him to have an equal role with someone as popular as Khloe. Mario and Khloe each feel they’ll be the new name draw for ‘X Factor’ fans – and for the producers, the headaches have just begun.”

OK, so let’s go back to the Mario “has to be the bigger star” comment. Really? How does he manage that? Mario could do a guest spot on Breaking Amish and he wouldn’t be the biggest star. But I love the wardrobe comment. He doesn’t want her mammoth mammaries upstaging him. Again, the boob shots on Breaking Amish could upstage him.

But this is a big deal. There’s a lot of exposure in hosting a show like this so I could see tensions building. This is Mario out of the celebrity D-list graveyard that is Extra! and Khloe out of her sisters’ shadows. Bigger and better things can come and celebrities are b-tches so I totally believe 25% of this which is good for me and an Enquirer story.

But Mario’s fooling himself if he thinks he can take on a Kardashian with no repercussions. Those women are viscous and get what they want – ask their E! producer Ryan Seacrest. And however much he wants to be, Mario Lopez is no Ryan Seacrest. Do you believe the Mario Lopez and Khloe Kardashian feuding stories? Does Mario have a chance in hell?